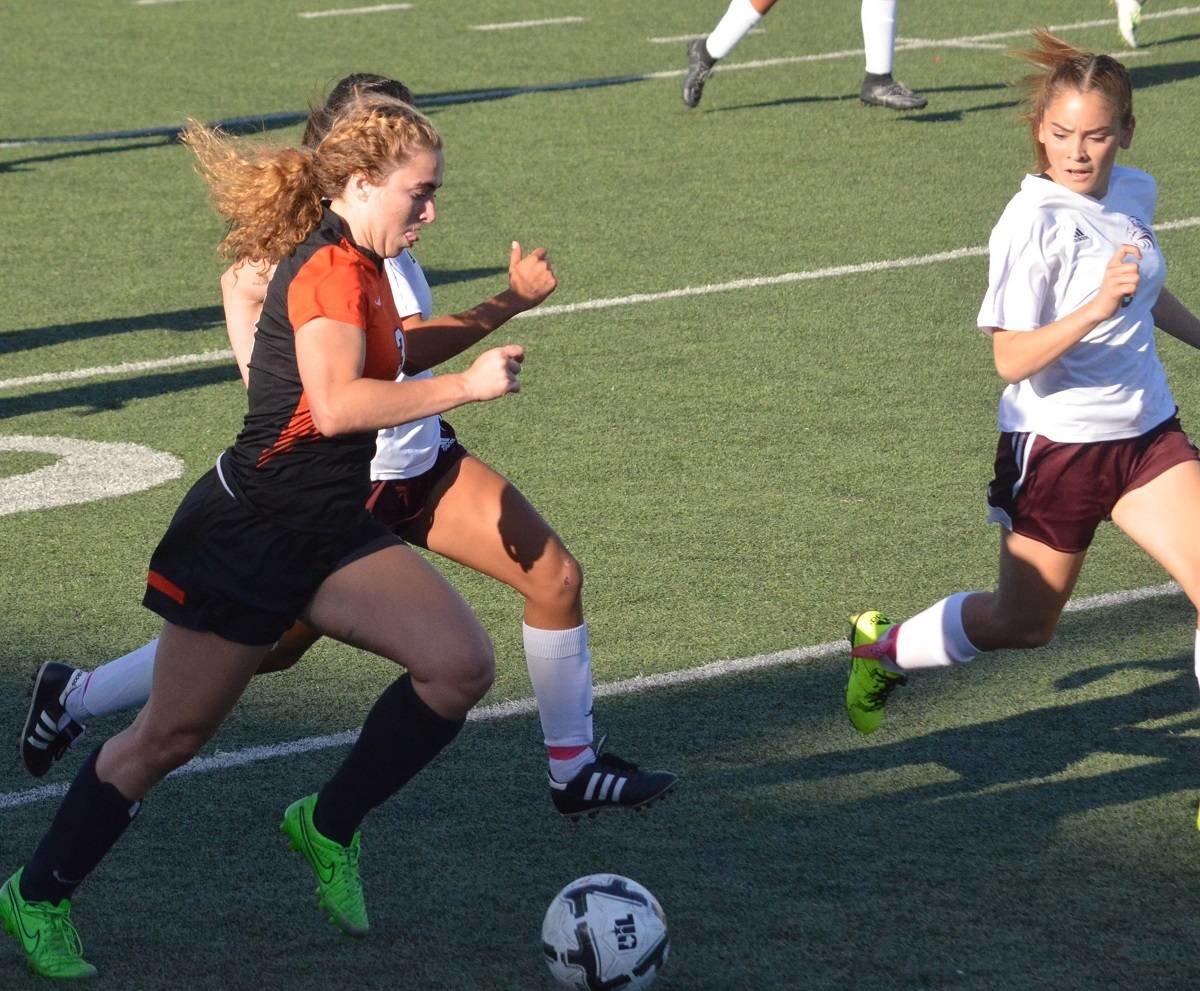 Aledo junior midfielder Cameron Huddleston scored a pair of goals to lead the Ladycats to a 2-0 victory over El Paso Andress Friday night in a girls’ Class 5A regional semifinals soccer match at Memorial Stadium in Wichita Falls.

The Ladycats will advance to the regional finals against Lubbock Monterey, a 4-2 winner over Grapevine in the other semifinal. The match is set for 12:30 p.m. Saturday at Memorial Stadium.

It is the first regional finals’ appearance for the Ladycats since 2008.

After notching a goal in the first half, Huddleston struck again almost nine minutes into the second half. She got free from 15 yards in the middle and sent a shot past the Andress ‘keeper for a 2-0 advantage.

Aledo continued to put pressure on the Andress defenders, and seven minutes later a header by Huddleston from in front of the goal just sailed over the top of the net. A minute and a half later Andress’ goalkeeper kept her team in the game with a diving save.

Halfway through the second half Aledo goalkeeper Makenzie Covington kept Andress off the board with a diving save to her right. She deflected a shot over the cross bar four minutes later as Andress spent a rare moment in front of the Aledo net.

The Ladycats controlled play for the remainder of the match to seal the victory.

The Ladycats scored the lone goal of the opening half.

With play staying basically in the mid field for the first 20 minutes of the half, the Ladycats began to put pressure on the Andress goalkeeper.

With 14:23 remaining in the first half, Peyton Laughley sent a pass to Huddleston, who got free on the left side and deposited a low kick just inside the post to beat the Eagles’ goalkeeper for a 1-0 lead.

The Ladycats spent the rest of the half in front of the Andress net but could not score again. Huddleston had another chance from 21 yards that was stopped, and four minutes later in a span of 10 seconds Peyton Laughley was stopped twice – once on a shot just in front of the ‘keeper and another from 12 yards that barely sailed over the net.

Aledo had two more scoring chances in the final minute of the opening half. Andress’ goalkeeper made a diving save of a low Huddleston shot with 50 seconds remaining, and Brooke Jones bent a corner kick at the net that was stopped by the Andress’ keeper.

Aledo goalkeeper Covington was challenged twice but she turned back one shot with a brilliant jump save and another on a diving save.

Aledo junior forward Krista Thrasher moves the ball up field during the Ladycats’ win over Andress.[/caption]