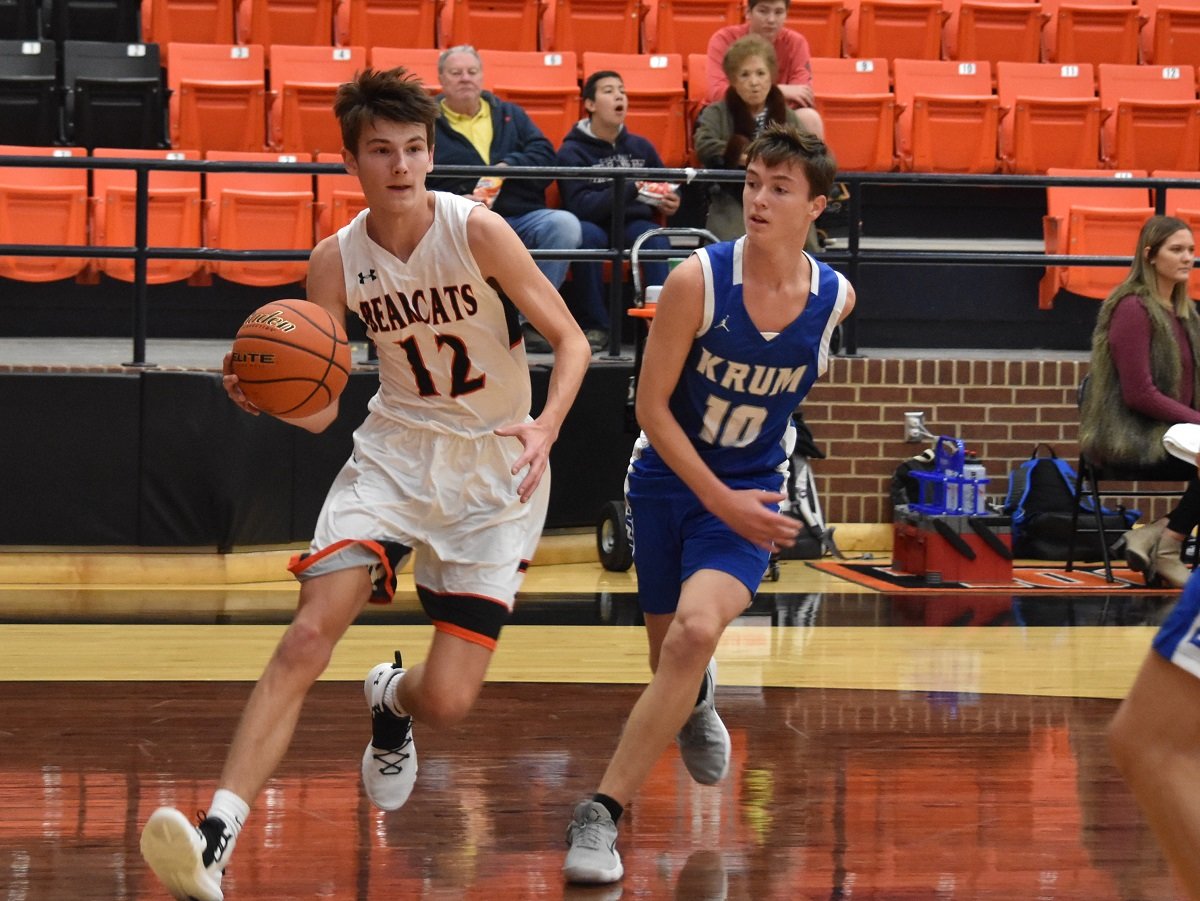 Krum jumped out to a 12-3 lead and never looked back as the Bobcats defeated the Aledo Bearcats, 57-41, Friday night in a boys' non-district basketball game at the AHS gym.

Truen Johnson led the Bearcats with 14 points to go along with a team-high seven rebounds, with Austin Hawkins adding 13 points.

Also scoring for Aledo were Cole Nitsch with seven points, Max Newell with six and Daniel Sohn with one.

Krum led 12-3 after the first quarter and 26-15 at the half. The Bobcats scored 15 points in the third period while holding the Bearcats to 13 to take a 41-28 lead into the fourth quarter.