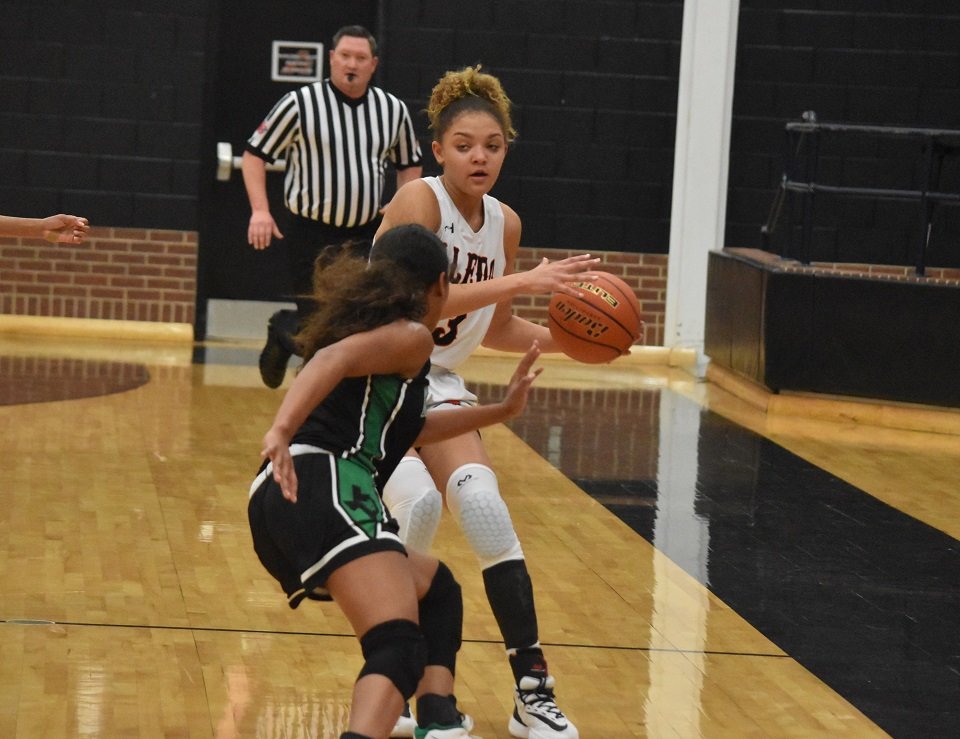 Kennedale came back from a third-quarter deficit to defeat the Aledo Ladycats, 54-45, in a girls' non-district basketball game Friday night at Aledo.

Audrey Pearce led the Ladycats with 12 points and nearly accomplished a triple double with 11 rebounds and eight blocked shots.

Also scoring for the Ladycats were Addyson Hebel and Kylie Anderson, each with 11 points, Raylee McDonald with six (and six rebounds), Haley Herrin with three and Sophie Smith with two.

The Ladycats led 15-13 after the first quarter and 24-23 at the half. Kennedale scored 19 points in the third period while holding the Ladycats to 11 to take a 42-35 lead into the fourth quarter.

Also scoring were Maddie Werner with six points, Olivia Tregallas with five, Emily Delaune and Claire Byars, each with four, Lauren Hawks with three and Kaleigh Stewart with two.

The Ladycats freshman team cruised to a 61-23 victory with Karli Britton scoring a game-high 18 points.