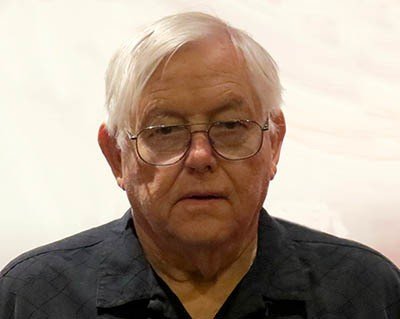 MEMORIALS: In lieu of flowers, donations may be made to the Missions Fund at Trinity Bible Church, 4936 E Interstate 20 Service Rd S, Willow Park, TX 76087.

Jay was born to Mattie Lorene McCreary and John Osborne Kelly in Brock, Texas (Parker County) on May 10, 1939.  He graduated from North Side High School in 1958 and enlisted in the Army in 1959. He attended Fort Worth Christian College and Texas Christian University before receiving his B.B.A from Texas Wesleyan College in 1978. Jay worked in sporting goods and the wholesale food industry in his early career, and later retired from General Dynamics.

On June 14, 1963, Jay married the love of his life, Janice Gale Bullard. The couple shared 53 years together in Tarrant and Parker counties.  They spent many days enjoying adventurous travel together, traveling to 48 U.S. states by car and motor home and setting foot on every continent many times.

All who knew Jay knew of his love of sports. In high school Jay was a lifeguard at Marine Creek Park and an amateur high-board diver. He participated in several national events and tried out for summer Olympics. He was an avid fan of the Dallas Cowboys, Texas Rangers, TCU Horned Frogs and Aledo High School sports.

In addition to being a fan, Jay worked in support of many beloved sports teams. He was a batboy for the Fort Worth Cats; a student trainer for North Side High School and Texas Christian University; trainer and baseball coach at Texas Wesleyan University and at Western Hills High School in Fort Worth. Jay was possibly most proud of the 25+ years he spent working with and supporting the coaches and players at Aledo High School in baseball and football. He loved the Bearcats!

Jay loved God and in his early years studied to become a minister.  He attended Trinity Bible Church in Willow Park. God and his family formed the bedrock of Jay’s life.

Although he was blind, Jay kept a positive attitude, looked for the good in people, bravely overcame many obstacles to inspire others and led his family to become better Christians.   Jay will be thought of every day and missed by all.