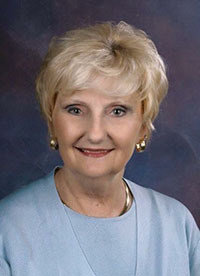 Janifer (Jan) Bangert Barton 65, a Weatherford, Texas resident since 1980, passed away on June 24, 2016. She left this earth peacefully after a long illness.

Jan was born in Coffeeville, Kansas to Garner (GW) and Helen Jacobs Bangert, and lived in Naperville, Illinois. Jan’s legacy will live on in her children and grandchildren, who lovingly called her ‘Nana.’ She had a great compassion for people in need and friends say she impacted many lives through her acts of kindness and caring.

Jan had a great (sometimes loud) passion for her Chicago Bears and Chicago Cubs, as well as NASCAR. Jan was a dedicated Republican, who worked tirelessly on many campaigns locally and across the nation. She traveled to Florida with the “Texas Strike Force” for President George W. Bush. She later received an invitation to dinner at the White House with The President and Laura Bush. This was one of many highlights in her life. Jan was often part of the “Welcome Home” for our military personnel at DFW airport.

Services are scheduled at at 10 a.m. Saturday, July 2 at Trinity Lutheran Church in Weatherford, Texas, with Rev. Kenneth Watson officiating. The family asks that those attending services help celebrate Jan’s life by wearing red, white and blue to honor her country.

Interment will be in Evergreen Cemetery under the direction of Lummis Hamilton Funeral Home, Camp Point, Illinois, at 10 a.m. July 6.

In lieu of flowers the family request donation in Jan’s name be made to The Parker County Health Foundation’s “Pink Luncheon,” 220 Palo Pinto St. Weatherford, Texas 76086.