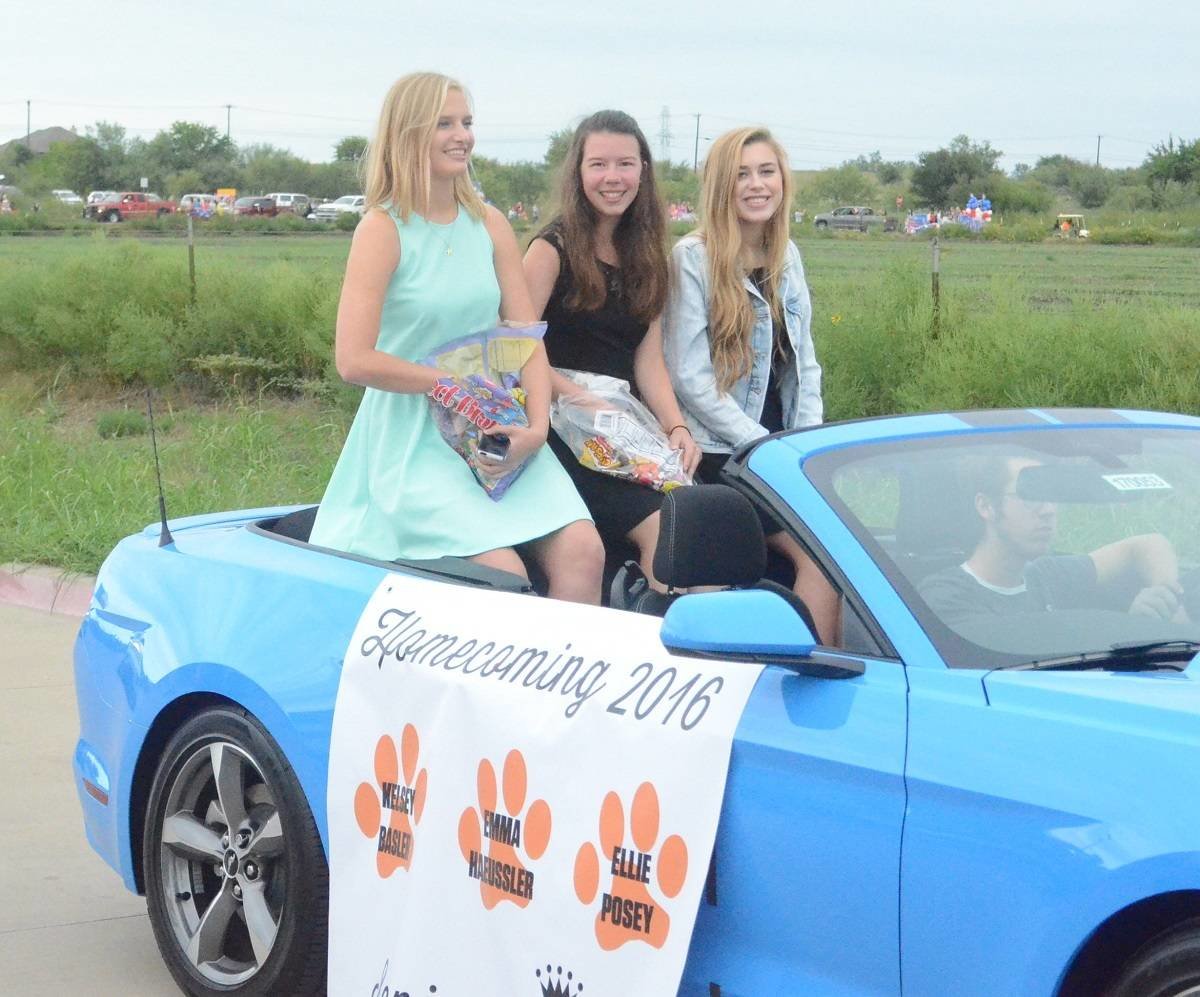 The theme of this year's Homecoming Parade is "Bearcats Making History" and each float carried the theme.

And within each float, students from the respective activity groups tossed wrapped candy miniatures out to the waiting and eager youth that lined Buchanan Drive, Champions Drive, and the passageways next to the Daniel Ninth Grade Center and high school gym.

The Homecoming Game will be at 7 p.m. Friday, Sept. 30 at Bearcat Stadium as Aledo will face Saginaw High School.

The junior Homecoming court of Grace Renforth and Callyn Bennett toss candy to kids Monday during the annual Homecoming Parade on the AHS campus.

Displaying the look of the actors in the movie 'A League of Their Own' are the AHS softball players. The softball ladies were dressed up like the ball players and popcorn vendors from the popular movie.

The Aledo Bearcats football team tosses candy to the crowd during the Homecoming Parade.

With the theme 'The Roaring 20s' the Aledo High School cheerleaders wave to the crowd during the Homecoming Parade.