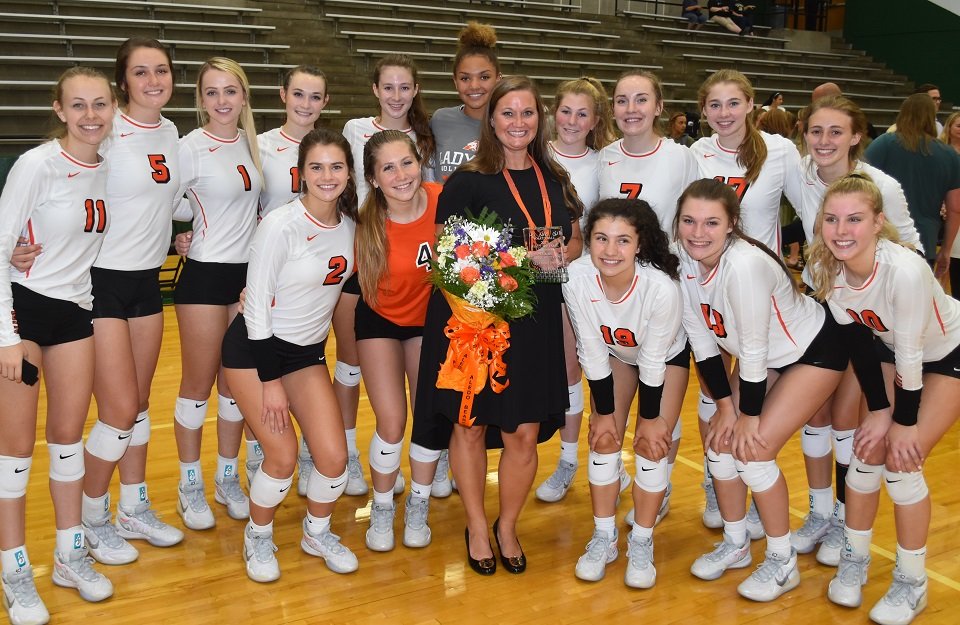 It was a fitting evening for third-year Aledo Ladycats head coach Claire Gay.

The win evens the Ladycats record at 7-7. Aledo will continue non-district play Thursday at the Leander ISD Volleypalooza tournament, which runs through Saturday.

Aledo never trailed in the opening set, going on a 7-0 run to take a 16-9 lead before winning by nine points. Scrappy Arlington came back with an extra-rallies win in game two to knot the best-of-five match at a game each.

Aledo got to match point when setter Mattie Gantt sent a short set in the middle to Daleigh Ellison, who swatted a kill for a 24-21 lead. Two rallies later, Gantt set up Alex Grooms for the match-winning kill.

Following the match Gay was honored by Arlington High School as she was inducted into the school's Hall of Fame.

For the complete story on the match and Coach Gay's induction, see the Aug. 23 issue of The Community News.