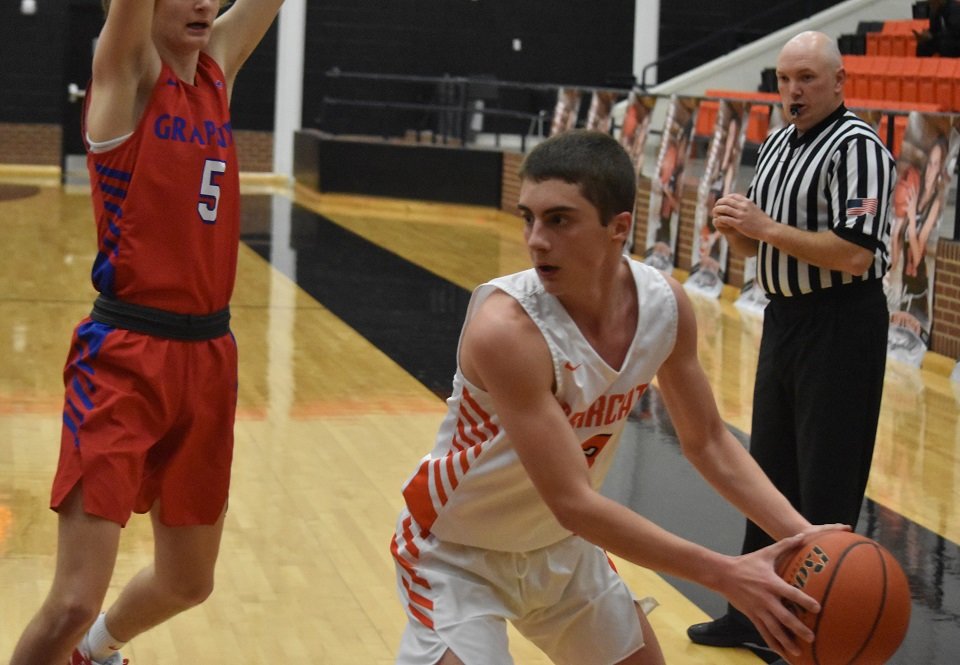 Grapevine came back from an eight-point fourth-quarter deficit to defeat the Aledo Bearcats, 67-63, in a boys' non-district basketball game Tuesday night at Aledo.

The loss drops the Bearcats to 7-5. Aledo will continue non-district play at 8 p.m. Friday at Lake Worth.

Also scoring were Daniel Sohn with 17 points, Max Newell with 13, Cole Nitsch with 10 and Chase Becker with three.

Aledo led 16-14 after the first quarter in a game that was tied 30-30 at the half. The Bearcats outscored Grapevine 17-13 in the third period to take a 45-43 lead into the fourth quarter.

Aledo jumped out to a 15-5 lead but could not hang on as Class 4A, No. 6 Bridgeport defeated the Ladycats by 10 points Tuesday night at Bridgeport.

Aledo led 15-5 after the first quarter, but Bridgeport scored 17 points in the second quarter while holding Aledo to five to take a 22-20 lead at the break.

Bridgeport outscored the Ladycats 10-5 in the third period to take a 32-25 lead into the fourth quarter.

For the complete story on both games see the Dec. 20 issue of The Community News.