East Parker County cleaning up after storm rips through area 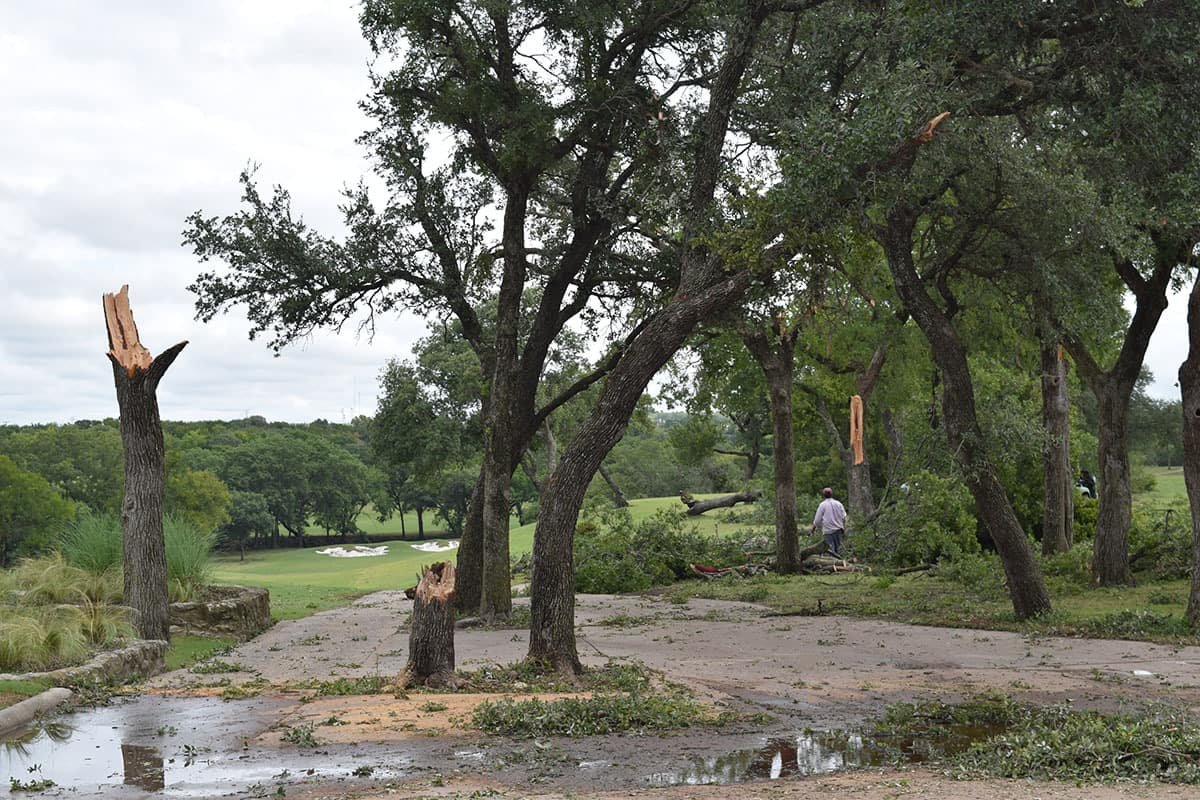 Residents of Aledo, Willow Park and the Annettas are in repair mode after a powerful thunderstorm moved through North Texas Sunday night, leaving residents without power for several hours.

Some residents of the area were still waiting on power to be restored as late as Monday morning.

The sign at Willow Park Baptist Church on Ranch House Road will need repair after a large tree crashed into it during the storm.

Parker County emergency management coordinator George Teague said most of the emergency calls during the storm were downed power lines and other wind related hazards, like branches in the roads.

"Willow Park and Aledo seemed to be the hardest hit," Teague said. "Headed down Farmer Road into Aledo, we had a lot of calls."

Teague said while there was some minor flooding, the county didn't have any high water rescues or have to block any areas.

"It came down very fast and moved quickly," he said. "But even though we clocked the rate at three inches an hour at our station, we only got 1.5 inches.

"I know there were some other areas that got more."

Squaw Creek Golf Course in Willow Park was closed Monday while crews worked to clean up debris left in the storm's wake.

The National Weather Service confirmed there was a storm with rotation at one point near Farmer Road and I-20.

"It could have been an F0, which has up to 75 mile per hour winds," Teague said.