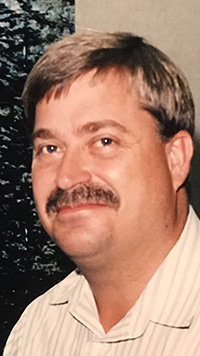 Derl Steven Lacefield, 60, of Granbury, passed away on October 19, 2017, after a seven and half year battle with cancer.

Steve was born in Wyoming on February 8, 1957, to Derl and Vondel Lacefield. He spent most of his younger years living in Parker County and graduated from Aledo High School in 1975. Steve was the quarterback of the 1974 Bearcats football team that played in the State Championship game. It was also at Aledo High where Steve met the love of his life, Tanya, they were happily married for 41 years. They raised two beautiful, outgoing and athletic children. Steve’s professional career was as a senior manager for Lockheed Martin in the Fort Worth plant, where he spent 33 years.

Steve found his greatest enjoyment in his family. He coached Pee-Wee Football, Little

League Baseball, and regularly thrilled his kids and others with magic tricks and other fun activities. There was always something fun going on at the Lacefield’s house, and it was the place to be for the kids in the neighborhood! Steve loved to cook and entertain for his family and friends. Ever the outdoorsman, Steve loved to be in the woods hunting or fishing on the lake. He was also extremely passionate about his church. Steve served as a deacon at the Church on Thistle Ridge, until his death.