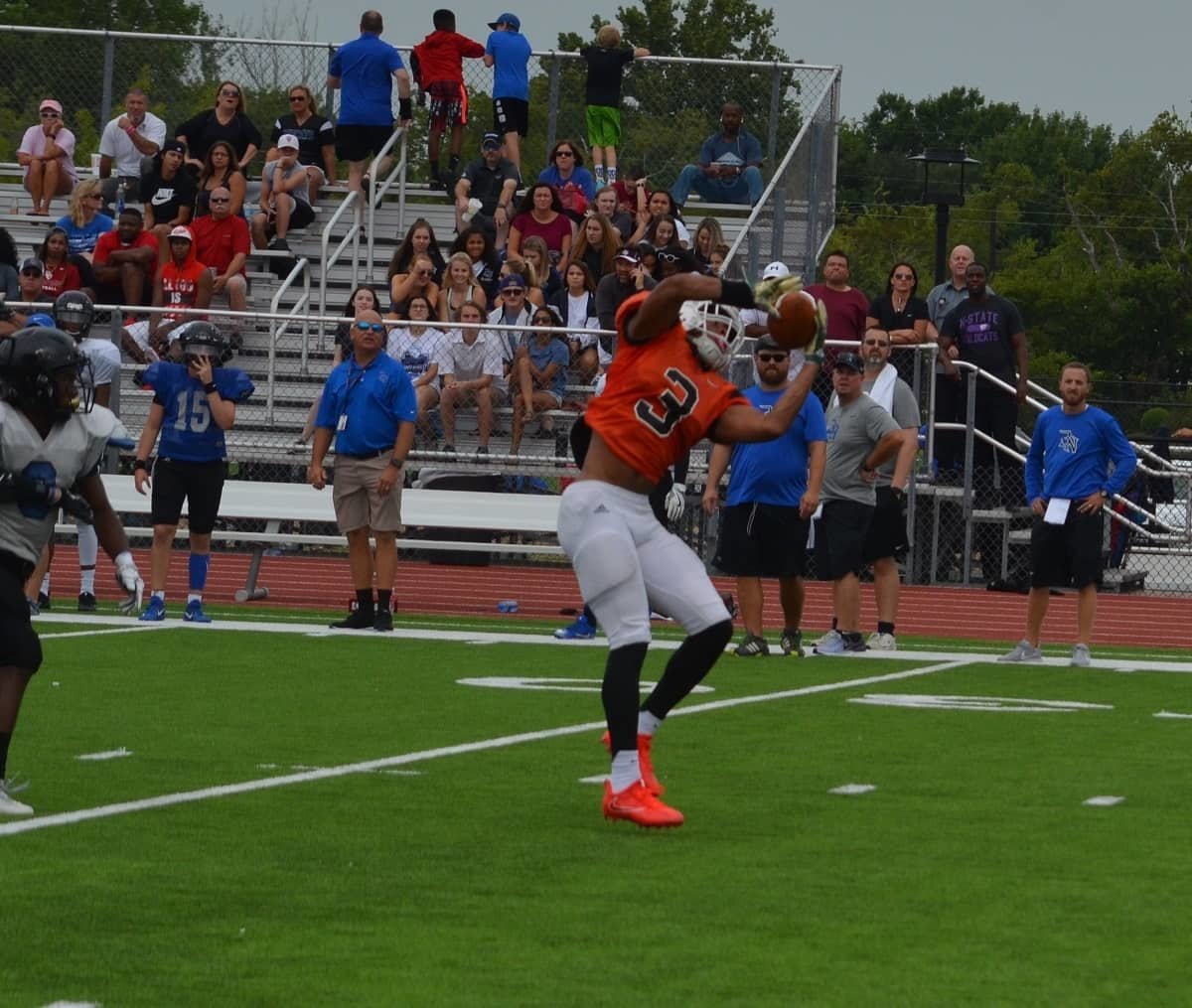 In their final tune-up before next week’s regular season opener, the Class 5A state-ranked No. 2 and defending state-champion Aledo Bearcats outlasted the Class 6A Byron Nelson Bobcats one touchdown to none in the timed portion of a scrimmage game Friday morning at Nelson High School in Trophy Club.

“I was hoping we would do better – I’m not going to lie to you – but I thought we competed and I thought we got after it,” Bearcats head coach Steve Wood said. “We didn’t execute offensively as well as I would have hoped. But it is a scrimmage; it is what it is.

“We didn’t prepare for Nelson because we never do for a scrimmage. We just came over to work on our stuff. I thought Nelson also competed well, and that’s why we like to scrimmage them. Before I can honestly say anything I have to look at the video.”

Both the Bearcats’ offense and defense seemed to improve as the scrimmage progressed. In the timed portion of the scrimmage, coaches left the field and the teams played in what resembles a normal game.

Each team was forced to punt on their respective first drives, but on Aledo’s second possession the Bearcats achieved pay dirt.

Facing a third and 15 from his own 25, sophomore quarterback Jake Bishop scrambled for 16 yards as he twisted, turned and shook his was to a first down at the Aledo 41. On the next play, Bishop, under great protection, fired a pass down the middle of the field for Jeffrey “Scooby” Carter, who beat single coverage easily, hauled in the pass at about the 28 and waltzed into the end zone to complete a 59-yard touchdown play.

“That was a nice pass by Jake and Jeffrey did a good job of getting separation,” Wood said. “We had good protection on that play, but I thought the offensive line gave us good protection the entire scrimmage. They never really pressured us a whole lot. I think overall we could have thrown the ball a little better, but this was Jake’s first time to start on varsity.”

Nelson’s last drive of the timed part of the scrimmage ended on a sack by Aledo junior defensive end Colt Ellison.

Wood was much more pleased with the Bearcats’ defense against Nelson compared to a week ago after the team’s intrasquad scrimmage.

“I thought our defense got after it,” Wood said. “Our two defensive tackles (James Williams, Christian Duncan) weren’t out there, but I thought the defense played hard and played well. We had a few little issues in the secondary, and they had a fold play (combination blocking) that was hard on our defense because we have not worked on it.

“But again, we will evaluate the video and go work to get better. That’s why we have these scrimmages.”