Congress just delivered major postal reform legislation, so why is the US Postal Service ignoring it? 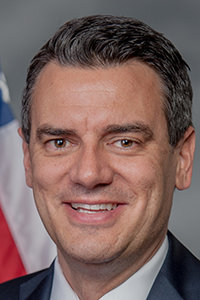 After the massive mail slowdowns and postage hikes of 2021, Congress took action to financially stabilize the U.S. Postal Service by passing a historic, bipartisan postal reform bill. The bill freed the Postal Service from an unreasonable 2006 law demanding that it pre-fund retiree health benefits 75 years in advance—a requirement that put billions of dollars on the Postal Service’s balance sheet each year and motivated it to keep hiking postage rates while reducing services.

The very same day President Biden signed the monumental postal reform legislation, Postmaster General Louis DeJoy announced his plans to increase postage prices at an “uncomfortable rate” for some time to come. Specifically, DeJoy and the Postal Board of Governors intend to increase stamp prices again on July 10, again next January, and as often as twice each year after that. And they can, thanks to a recent Postal Regulatory Commission ruling giving DeJoy the power to initiate postage rates that outpace inflation.

In just a decade, Americans could be paying well over $1 to mail a single letter. Unless Congress takes action again to hold the Postal Service accountable, let’s just say we should all be buying “Forever Stamps” while they are still somewhat affordable.

As a businessman and a fellow Republican, DeJoy should know that raising prices generates fewer customers and can lead to less revenue. The same holds true for unnecessary postage increases. They will not only deter individuals from using the mail, but will also drive away businesses, newspapers, nonprofits, and charities—all of which generate more than half of all postal revenues.

The Postal Service already anticipates losing 42% of mail volume over the next decade, driven partly by massive rate increases. Additional unnecessary postage hikes could lead to a huge loss in revenue that will jeopardize the survival of the Postal Service itself and its workforce of 650,000 Americans, many of whom are veterans.

Whether it brings something as special as a handwritten card or something as necessary as medication, the U.S. Postal Service is the only institution capable of going the last mile to reach, serve, and tangibly link every American. Some claim that private couriers like FedEx and UPS could replace the U.S. Postal Service, but that’s simply not true.

The Postal Service is unique in that it’s obligated to serve every American. It processes more than 425 million pieces of mail (not including packages) each day, delivering them to and from a staggering 163 million delivery points in all of the country’s more than 41,000 zip codes. The Postal Service goes the last mile, no matter how rural or remote the address—and that’s something no private courier could, or would, do.

What can be done to right the ship?  First and foremost, the recently passed postal reform legislation can’t be ignored by Postal Service leaders. There are new members of the Board of Governors who should push to challenge DeJoy’s plans. At the same time, the Postal Regulatory Commission needs to review the freedom it gave to the Postal Service to raise rates.

But if none of these things happen, Congress needs to step in and take action.

Neither snow, nor rain, nor heat will stop the Postal Service, but excessive rates and reduced service just might.

Former Congressman Kevin Yoder (R-Kan.) is executive director of Keep US Posted, an alliance consisting of consumer interests, newspapers, nonprofits, industry groups and businesses advocating for a strong, affordable, reliable Postal Service. This article was originally published by The Hill.

Aledo Growth Committee is addressing future needs of the district

The importance of local newspapers