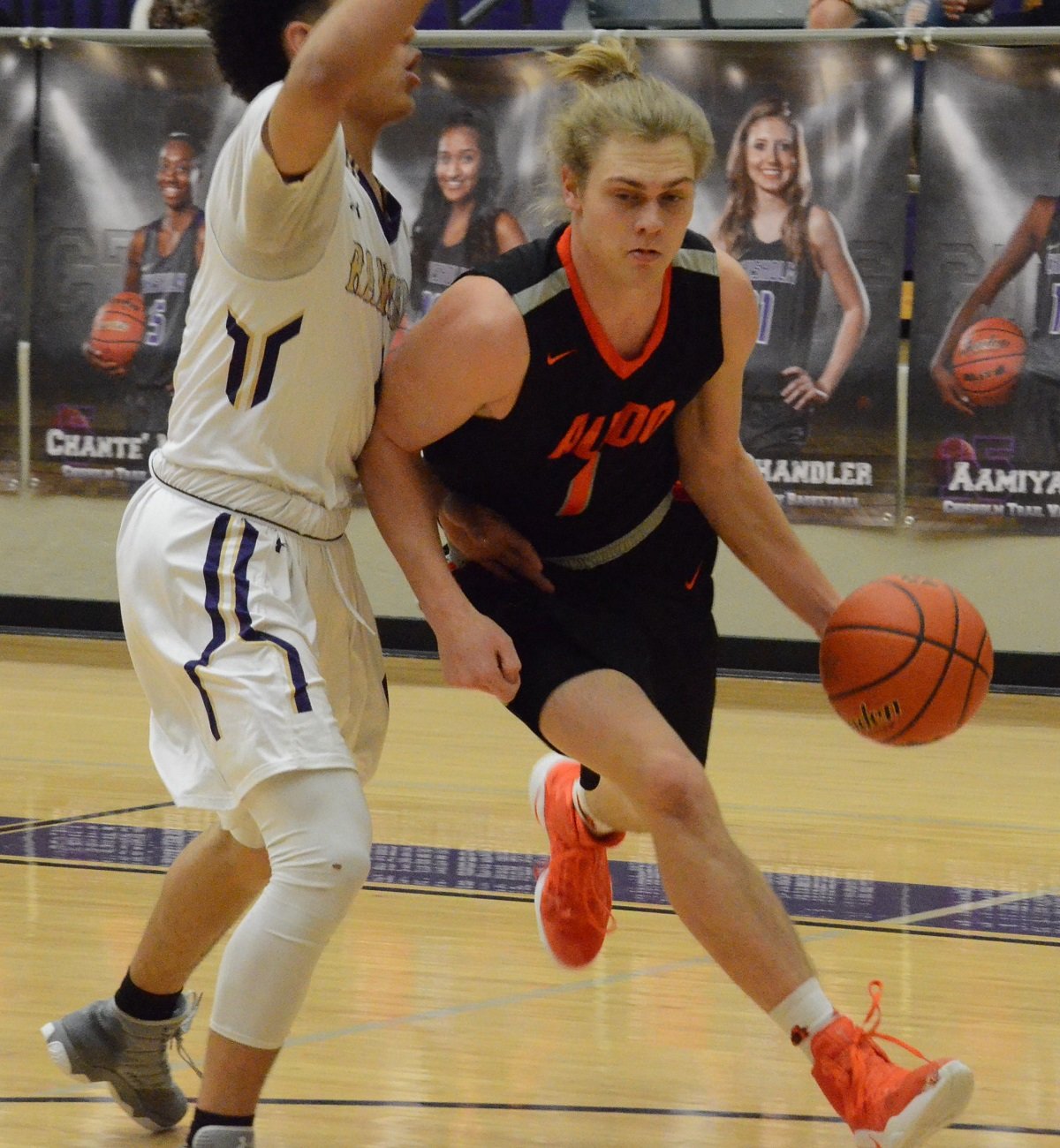 Chisholm Trail held off an upset-minded Aledo team as the Rangers came back from a third-quarter deficit to get past the Bearcats, 61-50, Friday night in a boys' District 6-5A basketball game at Chisholm Trail High School.

The loss drops the Bearcats' district record to 5-8, while the Rangers elevate their league mark to 11-2.

The Bearcats, still in the playoff hunt, will conclude district play Tuesday at 7:30 p.m. at home against Saginaw.

Chisholm Trail led 13-7 after the first quarter, but the Bearcats outscored the Rangers 14-12 in the second period to cut the hosts' lead to 25-21 at the half.

The Rangers stretched their lead to 27-21 early in the third quarter before the Bearcats went on a quick 7-0 run to take a 28-27 lead. Guard Jake Hawkins began the run by scoring on a driving layup.

After the Rangers failed to score on their next possession, Arrington nailed a three-point bucket from the left perimeter. After a Rangers' turnover, Arrington was on the spot again, this time converting an offensive rebound into a put-back layup to give the 'Cats a one-point cushion.

Unfortunately, it would be the last lead the Bearcats would enjoy. The Rangers followed with a 15-9 run to take a 42-36 lead into the fourth quarter.

Early in the final stanza Caldwell hit a free throw to cut the lead to 44-37, but Aledo would not get closer as Chisholm Trail secured an 11-point win.

Also scoring for the Bearcats were Tre Owens and Hawkins, each with nine points, Andres Valdez with five, Cameron Yates with four and Bryce Lancarte with two.