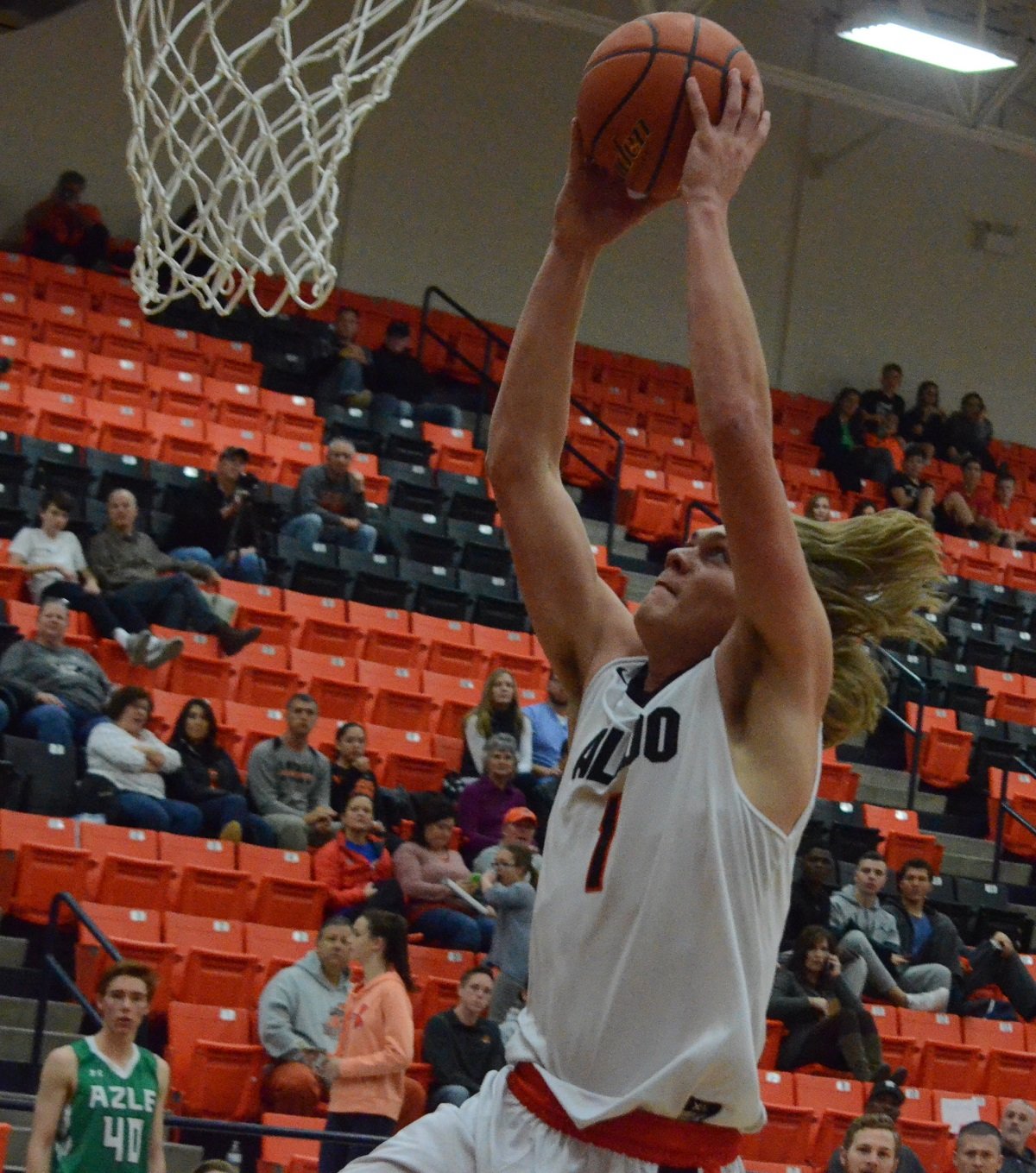 Aledo senior post Cam Caldwell scored on a driving layup with four seconds left to play to lift the Bearcats to a 37-36 victory over the Azle Hornets Tuesday night in the boys' District 6-5A basketball opener at the Aledo High School gym.

Caldwell scored seven of his game-high 12 points in the fourth quarter. Also scoring were Tre Owens with 11 points, Noah Arrington with six, and Jake Hawkins and Ayden Smith, each with four.

The Aledo Ladycats raised their 6-5A mark to an unblemished 3-0 after a convincing 52-36 win over the Azle Lady Hornets Tuesday night at Aledo. The loss drops Azle to 0-3.

For the complete story on both games see the Dec. 23 issue of The Community News.

Aledo freshman guard Taylor Morgan flies in for a layup during the Ladcyats' 52-36 win over Azle in a District 6-5A game Tuesday night at the Aledo High School gym. Morgan finished with a game-high 13 points. The win raises the first-place Ladycats' district record to 3-0.