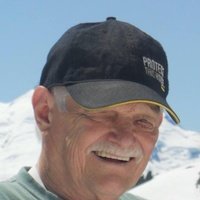 Bob was a humble leader who led a life filled with generosity and service to others. He played many roles during his time on earth. Among those were husband, father, soldier, race car driver, hunter, marshal, constable, business owner, leather craftsman, coach, and mentor. Bob was a source of strength, encouragement and love to those who had the opportunity to know him. He strove to lead his life as Christ taught. He never refused a dance with his wife Sue and was always quick to offer a smile and pat on the back or hug to anyone in need of it. He courageously served his community as constable for 17 years in Parker County. Bob will be sorely missed and fondly remembered by family, friends and colleagues.

He was preceded in death by his parents Albert and Pauline Brown of Fort Worth.

In lieu of flowers, donations may be made to The Church at The Crossing Aledo, Missions Fund.

Memorial Services were scheduled for 2 p.m. Tuesday, December 19, 2017, at The Church at The Crossing, Aledo, Texas.