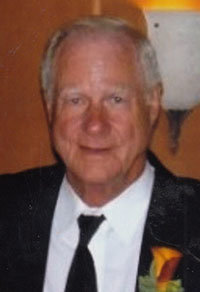 Bill was born December 24, 1931 in Weatherford to Earl Steven and Lovelle Gilbert Bedford. He married his "Brown Eyed, Auburn Haired Beauty", Louise Kemp on November 27, 1953. Bill served in the United States Army during the Korean War. He retired from Lockheed Martin after 44 years.

The family would like to thank his caregivers Melinda, Tammy, Laura, and Judy for their compassion and care.

He is preceded in death by his beloved wife, Louise Bedford; parents, Earl and Lovelle Bedford; and sister, Wanda Cato.

He is survived by daughters, Lesia Bosley and husband, Jim, and Gay Ray, all of Weatherford; grandchildren, Adam Bosley of Fort Worth, Ashley Ellington and husband, Jordan of Houston, Clay Kirkpatrick, and Harrison Ray of Weatherford; brothers, Howard Bedford and wife, Ora Mae, and Coy Bedford and wife, Julia of Arlington; sister, LaVena Speier of Seabrook; brother-in-law, Jim Cato of Whitney; and numerous nieces and nephews.

Funeral services were scheduled for 11 a.m., Monday, Dec. 18, in White's Chapel of Memories. Burial will be at City Greenwood Cemetery. Visitation is scheduled for  3-5 p.m., Sunday, Dec. 17, at White's Funeral Home, Weatherford.