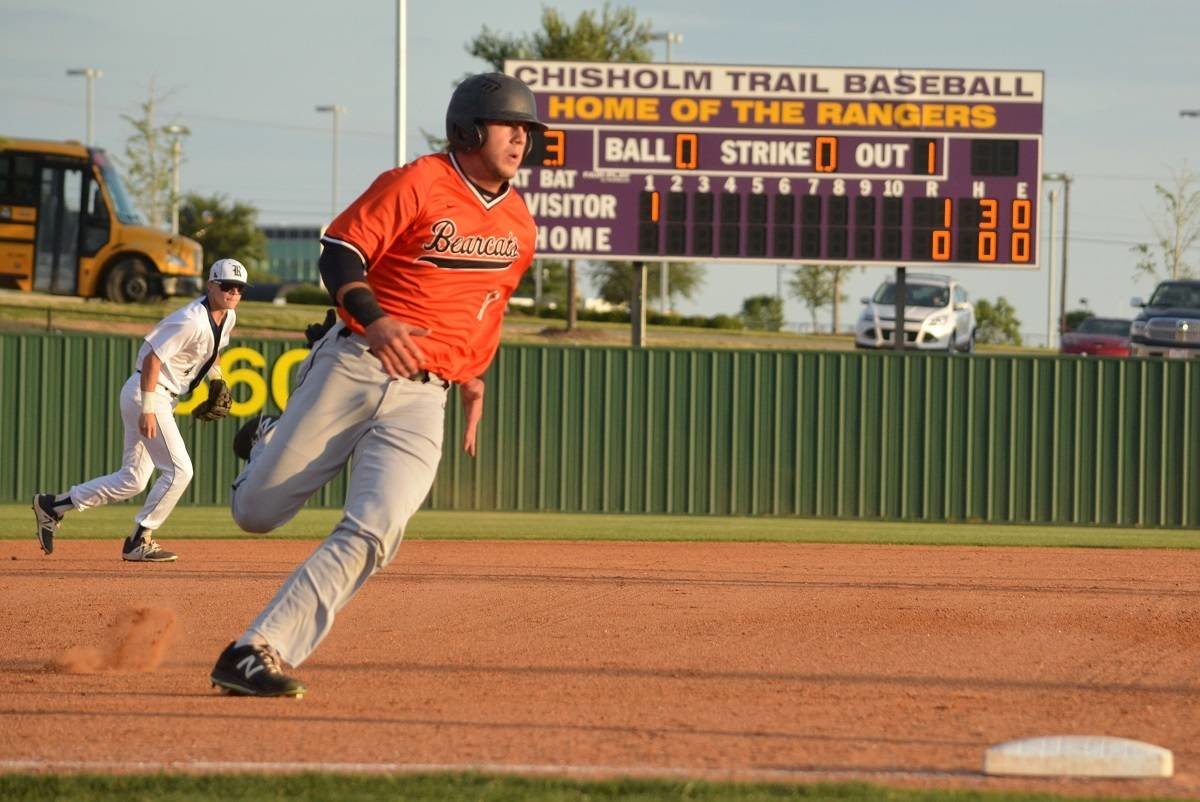 Baseball playoff action continues for Aledo as the Bearcats take on the defending state-champion and current state-ranked No. 3 Grapevine Mustangs in a best-of-three regional quarterfinals series that begins today.

All games in the series will be played at Brewer High School.

The Bearcats reached the third round by sweeping Denton High School in the first round with wins of 9-8 and 7-1, and followed that series with a sweep of Richland (5-4, 11-2) in the area championship series.

Bearcats head coach Chad Barry has been pleased with his team’s approach and success of late at the plate. He feels the offense has helped the pitching staff relax. Ace Kannon Brown - coming off an injury – helped close out Richland last week with a strong starting outing, and relief pitcher Briley Rodriguez is 2-0 in relief while also recording a save in the playoffs.

“Our guys have confidence at the plate, and I think that (run scoring) is helping our pitchers to relax,” Barry said. “When we score runs our pitchers can be more aggressive and go at hitters. With a lead, they can pitch to contact and not have to nibble as much. Right now, our pitchers are pitching with confidence.”

Grapevine, also the top seed of ultra-competitive District 8-5A (the Mustangs won a first-place tiebreaker game over state-ranked No. 7 Colleyville Heritage), defeated Fort Worth South Hills 12-1 in a one-game, bi-district playoff but was forced to the limit in their area championship matchup with Sherman. The Mustangs took the opener, 4-0, but dropped game two, 6-3. However, Grapevine came back in convincing fashion with an 11-5 victory in game three to seal the series.

The Mustangs are led by the starting pitching duo of Connor Neuman and Brett Squires. In a battle of state-ranked teams, Neuman shut out Colleyville Heritage in district play and is 2-0 in the playoffs.

Neuman has struck out 56 batters in 45-2/3 innings while issuing just 15 walks. He will carry a 0.92 earned run average into the series.

Offensively, the Mustangs are averaging a little more than eight runs per contest in postseason play. Grapevine has four players with more than 20 runs batted in including Boone Montgomery (27), Jonathan Hearn (26), Ryan Drake (26) and Nicholas Pierce (23).