Bearcats smash 11 hits in 11-5 win at Boswell; Ladycats fall in District 6-5A finale but qualify for playoffs 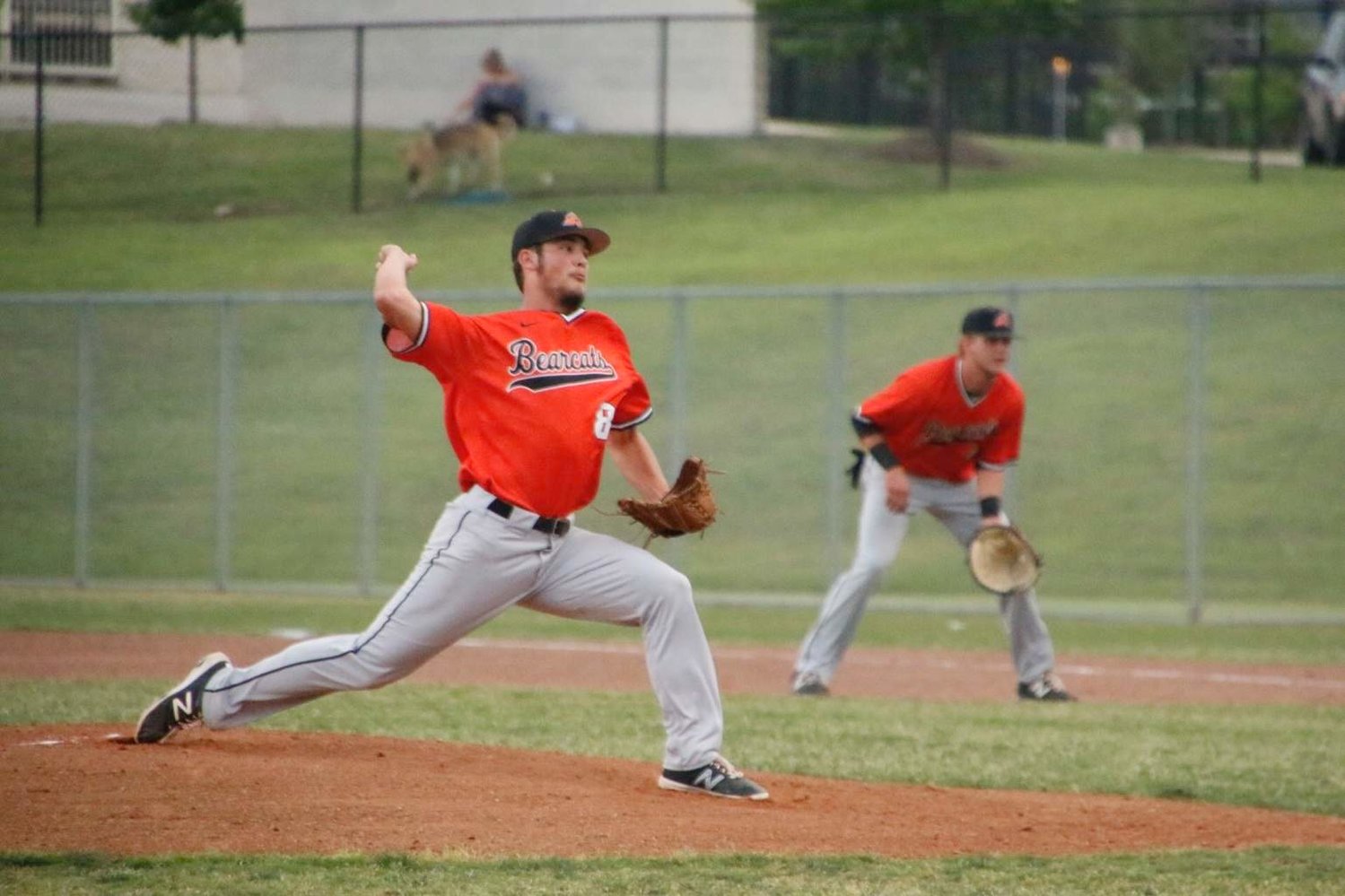 Aledo pitcher Trever Bruno extends on a pitch during the Bearcats' 11-5 victory Friday night at Boswell. Bruno started on the hill and earned the win. Photos by David Andrews
Posted Friday, April 21, 2017 11:51 pm

Aledo swatted 11 hits and and scored four runs in the seventh inning to put the game away as the Bearcats ran past Boswell, 11-5, Friday night in a District 6-5A baseball game at Boswell.

The win raises the Bearcats 6-5A mark to 7-5. The win combined with Brewer's loss to Eaton puts Aledo in a second-place tie with Brewer.

"This was a huge win," Bearcats head coach Chad Barry said. "We got some clutch hits with runners on base and we seem to be coming out of our shell at the plate. I liked what I saw tonight.With (first-place) Northwest and (second-place) Brewer losing that puts us right back in the mix for second place. We still are in control of our own (playoff) destiny, and that is where we want to be."

Trever Bruno was the starting pitcher and earned the win. He allowed four runs on six hits with a walk and three strikeouts in 4-2/3 innings. Briley Rodriguez recorded the save, as the lefty allowed a run on four hits with a strikeout in 2-1/3 innings of relief.

"Bruno was a little shaky in the beginning, but he settled in and seemed to get stronger as he went along before he got tired in the fifth," Barry said. "Then Briley came in and also started shaky but settled in nicely and did a good job."

Trailing 2-1, the Bearcats scored four runs in the top of the sixth inning to take a 5-2 lead. Aledo scored one run on a wild pitch, another on a fielder's choice ground out and added a run on an error. Hunter Rosson also drove in a run on a base hit.

Each team scored two in the fifth inning and Boswell added a run in the six to cut the Bearcats' lead to 7-5. Aledo put the game away with four runs in the seventh, the big hit coming from Jacob Arizpe, whose hard-hit single to right field plated a pair of runs. Nathen Fingar drove in a run with a single, and Calloway Shands scored from third base on a wild pitch.

Boswell scored three late unanswered runs to come from behind and defeat the Aledo Ladycats, 6-4, in the District 6-5A softball finale Friday afternoon at Boswell.

The Ladycats end the season with an 8-6 record. Although four district teams finished with identical 8-6 records and were vying for the three remaining playoff spots behind district-champion Eaton, the Ladycats clinched a playoff spot courtesy of district tiebreaker rules. Aledo's seed for the playoffs will be determined later.

The Ladycats scored three runs in the top of the fourth inning to take a 4-3 lead. Jessi Kubosh and Macy Hale each drove in a run in the inning, with another run coming on an error.

Boswell scored a run in the fifth and two runs in the sixth to close the scoring.

Aledo catcher Macy Hale tags out a runner at the plate Friday afternoon during the Ladycats' loss at Boswell.