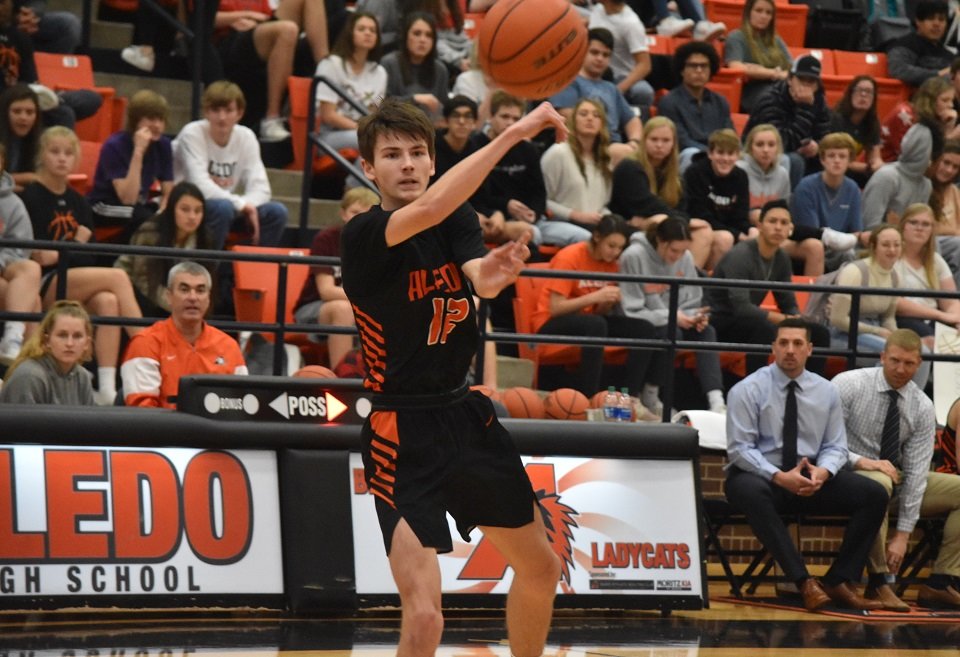 Aledo sophomore Daniel Sohn scored a game-high 23 points and senior Max Newell poured in 16 to lead the Bearcats to a convincing 59-44 victory over Fort Worth South Hills Friday afternoon in the semifinals of the boys' Moritz Classic basketball tournament at Aledo High School.

The Bearcats (8-4) will face Class 6A Euless Trinity in the boys' tournament championship game at 4 p.m. Saturday.

Also scoring for Aledo were Reid Dietrich with eight points, Cole Nitsch with seven and Chase Becker with five.

Aledo led 19-8 after the first quarter and 38-16 at the half. Each team scored 10 points in the third period as the Bearcats held a 48-26 cushion as the game moved to the fourth quarter.

Playing two games today, the Aledo Ladycats fell to Princeton this morning and Krum, 40-34, this afternoon.

Against Krum, Audrey Pearce led the Ladycats (7-12) with 10 points, while Riley Sale added six. Also scoring were Kylie Anderson and Raylee McDonald, each with five points, Haley Herrin with three, Addyson Hebel and Abby Morrison, each with two, and Melia Miller with one.

Aledo jumped out to a 7-0 lead and led 12-8 after the first quarter. However, Krum exploded for 19 points in the second quarter to take a 27-20 lead at the half.

The Ladycats go back on track in the third quarter with 10 points while holding Krum to six as Krum took a 33-30 lead into the fourth quarter.

McDonald began the final stanza with a three-point bucket to tie the score, and with 3:55 left to play Sale hit one of two free throws to give the Ladycats a 34-33 lead.

Krum, which was shut out for the first 5:32 of the fourth quarter, tied the score at 34-34 with 1:28 remaining. Krum then took advantage of two turnovers to get back to the free-throw line, canning six consecutive charity shots in the final 25 seconds to take the win.

The Ladycats will conclude tournament play at 10 a.m. Saturday.