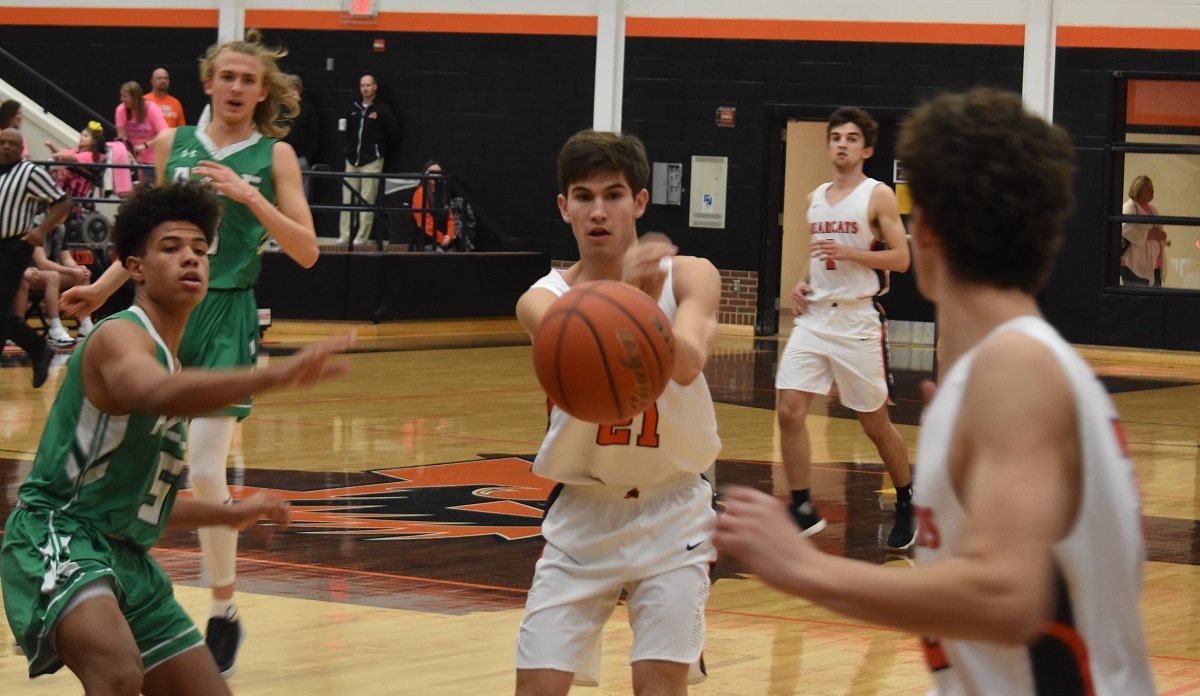 Paced by a defense that held Azle to single digits in three quarters and 15 points in the second half, the Aledo Bearcats snapped a five-game losing streak with a 41-35 victory over the Hornets Tuesday night in a boys' District 6-5A basketball game at Aledo.

Aledo will continue district play at 8 p.m. Friday at Eaton.

The Bearcats led 10-3 after the first quarter and 21-20 at the half. Azle outscored the Bearcats 8-7 in the third period as the game was tied 28-28 entering the fourth quarter.

Playing solid defense as shown above, the Aledo Ladycats held Azle to nine second-half points on their way to a 37-21 win over the Lady Hornets Tuesday night at the Aledo High School gym.

Using an 11-2 run in the third quarter to break open a close game, the Aledo Ladycats got past Azle, 37-21, Tuesday night in a girls' District 6-5A basketball game at Aledo.

The win raises the Ladycats' district mark to 9-1, while the Lady Hornets fall to 2-8. Aledo will continue district play at 6:30 p.m. Friday at Eaton.

The score was tied 3-3 after the first quarter. The Ladycats outscored Azle 10-9 in the second quarter to take a slim 13-12 lead at the half. Aledo went on an 11-2 run in the third period to take a 24-14 lead into the fourth quarter.

For the complete story on both games, see the Jan. 26 issue of The Community News.