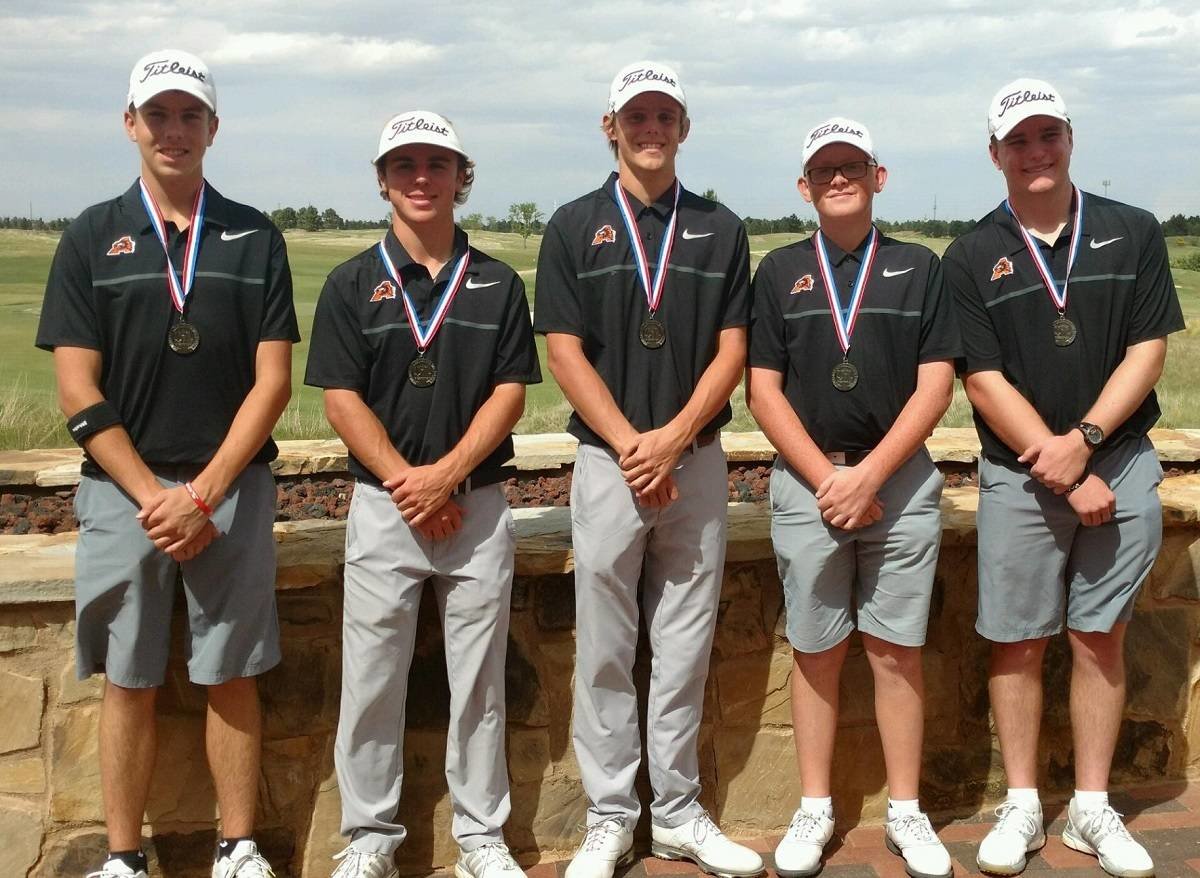 Battling a strong wind and hard-charging teams, the Aledo Bearcats shot a second-round score of 314 today to maintain second place which advances the team to the boys’ Class 5A state golf tournament.

The boys’ 5A state golf tournament will be held May 22-23 at Wolfdancer Golf Club in Bastrop.

The Bearcats were in second place Wednesday after the first round of the 36-hole tournament, and two teams were within two strokes of the Bearcats. The top three teams at the four regional tournaments qualify for the state tournament.

But in today’s final round, paced by a 77 from Austin Griffith, the Bearcats shot a 314 for a 36-hole total of 640, stayed in second place and will advance to the state tournament.