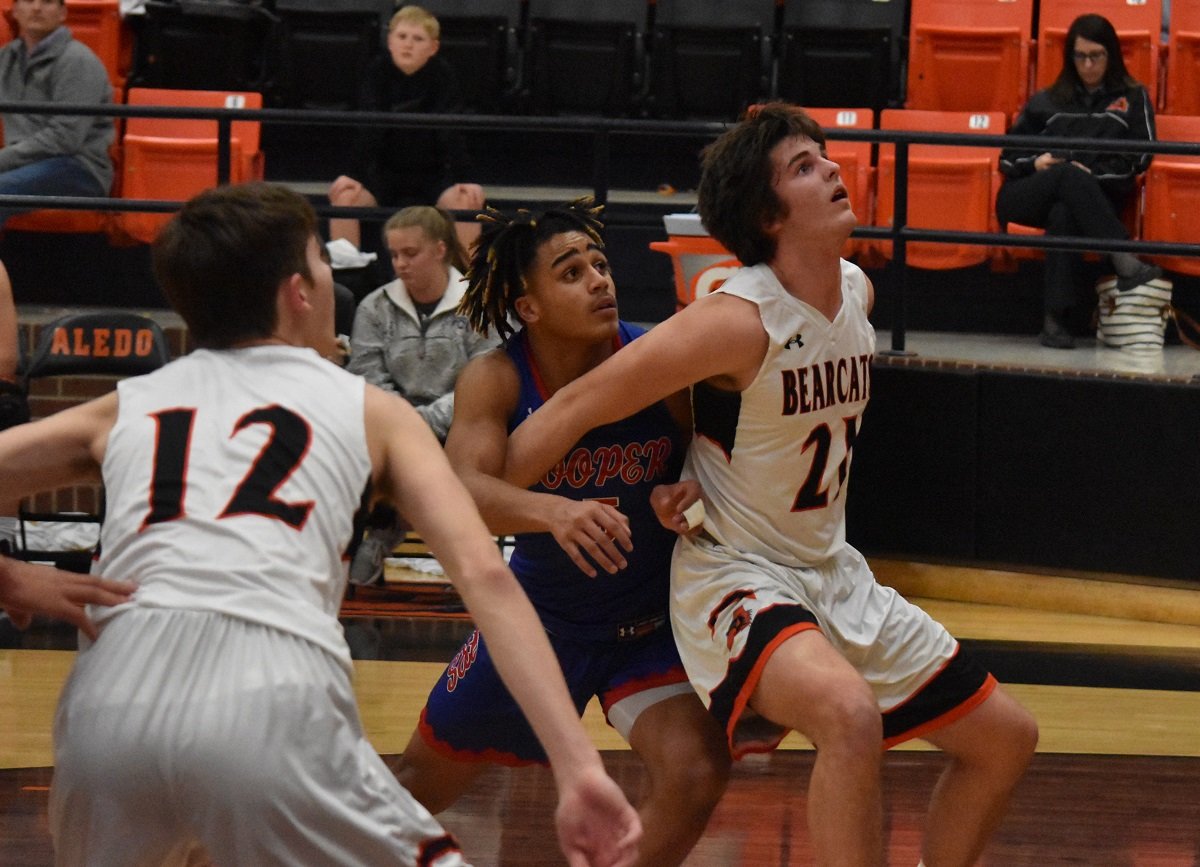 Aledo post Cole Nitsch (21) blocks out underneath as Max Newell (12) gets into position during a recent game. The playoff-bound Bearcats concluded district play Friday night with a 48-37 loss at Abilene Cooper.
Posted Friday, February 8, 2019 10:07 pm

Aledo closed out boys’ District 4-5A basketball play with a 48-37 loss to Abilene Cooper Friday night at Cooper High School in the district finale for Aledo.

The Bearcats finish 4-5A with a 4-4 record, but will not know their playoff seeding until after Tuesday’s district finales.

The Bearcats fell behind early but got back in the game by halftime.

Cooper, fighting to stay alive for the final playoff spot in 4-5A, took a 12-7 lead after the first quarter, but the Bearcats scored 12 points in the second quarter while holding Cooper to 10 points to cut the Cougars’ lead to 22-19 at the half.