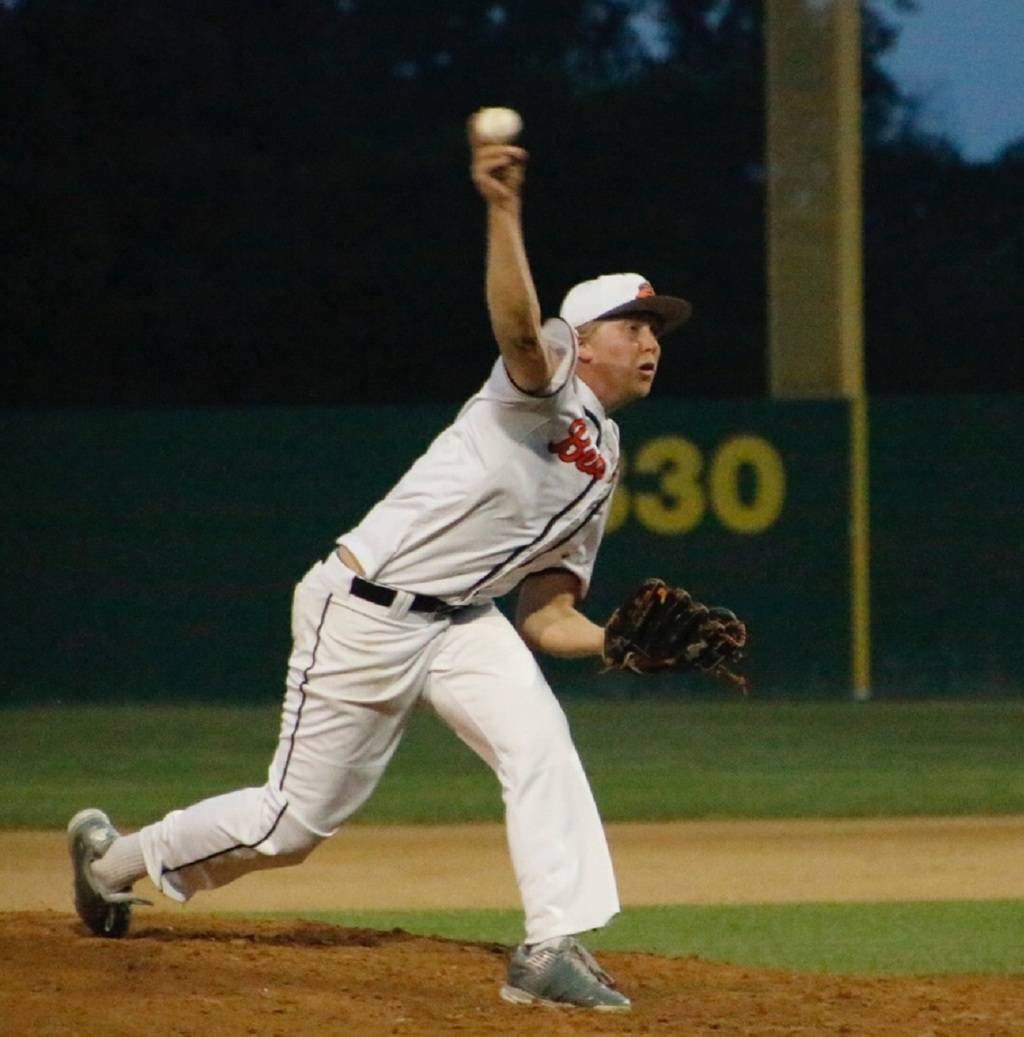 Aledo senior Kannon Brown was back on the hill for the Bearcats after a two-week precautionary layoff. The Bearcats fell to Saginaw in the District 6-5A finale Friday at Aledo. Photo by David Andrews
Posted Friday, April 28, 2017 11:11 pm

Saginaw pitcher Bryson Hill threw a three-hitter while striking out 10 as the Rough Riders defeated the Aledo Bearcats, 2-0, Friday night in the District 6-5A baseball finale at Aledo.

The loss gives the Bearcats a final 8-6 district mark as Aledo, which has already clinched a playoff spot, will finish either second or third in district pending the results of other district contests.

Aledo starting pitcher Kannon Brown returned to action after a two-week layoff and performed well. He allowed a run on two hits with a pair of walks and five strikeouts in four innings.

Briley Rodriguez went 2 2/3 innings in relief and allowed a run on one hit with a strikeout, and Trevor Bruno came on in relief and got the last Saginaw batter out.

Chance Roberts, Jacob Arizoe and Caden Jarvis each recorded a base hit for the Bearcats.