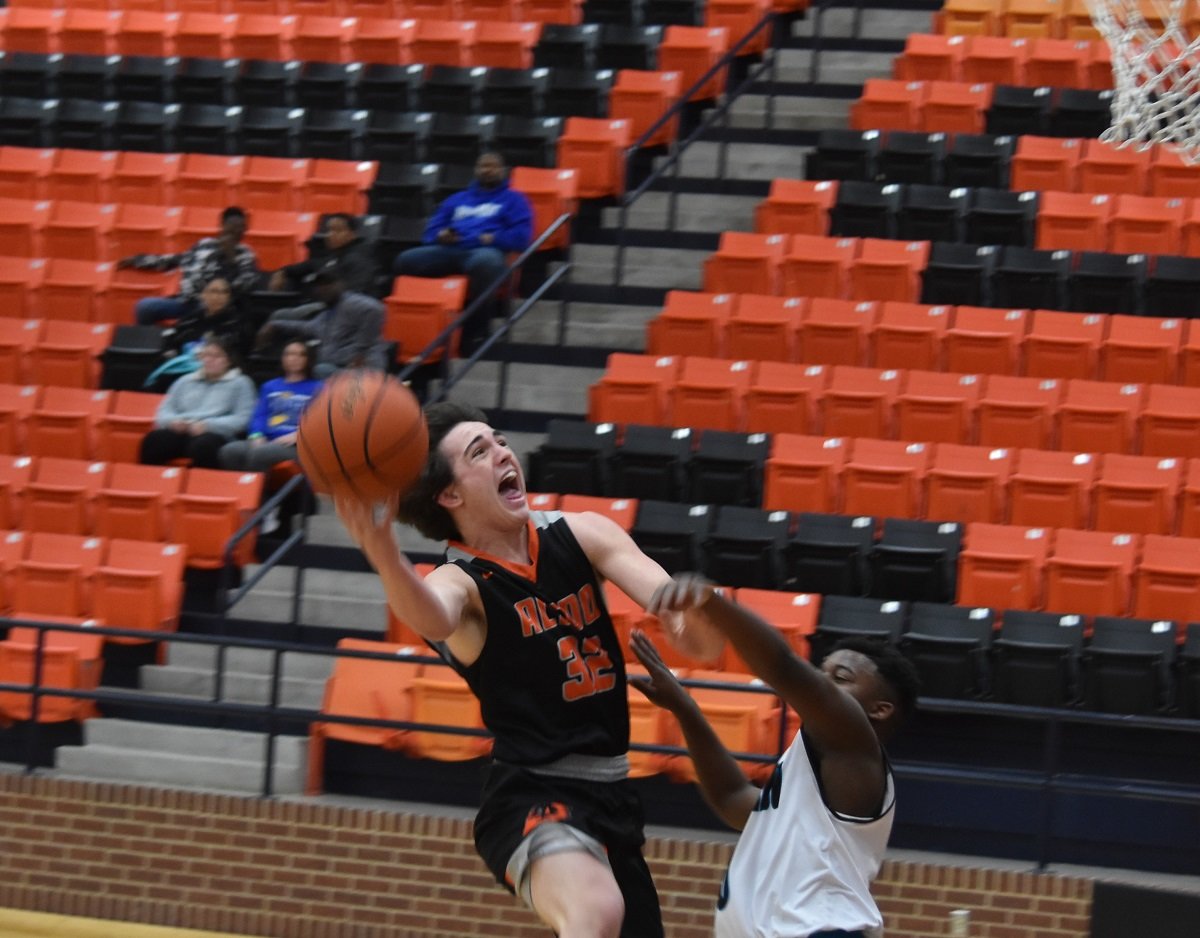 Aledo senior guard Leo Bell scored a game-high 16 points and two other Bearcats reached double figures in scoring to lead AHS to a convincing 71-42 victory over Dallas Molina Thursday afternoon in the opening round of the Moritz Dealerships Holiday Classic at the Aledo High School gym.

The Bearcats will continue tournament play at 7:30 p.m. today at the main gym. Aledo will play the winner of the Fort Worth Paschal/Arlington Oakridge game.

The Bearcats led 17-9 after the first period and 36-16 at the half. Aledo scored 16 points in the third period while holding Molina to 11 to take a 52-27 lead into the fourth quarter.

Also scoring for the Bearcats were Truen Johnson and Noah Arrington, each with eight points, Cameron Yates with six, and Hunter Vela and Tre Owens, each with four.

Austin Hawkins moves past a defender Thursday afternoon during the Bearcats' 71-42 win over Molina at the Moritz Dealerships Holiday Classic at the AHS gym. The Bearcats will continue tournament play at 7:30 p.m. today at the main gym.