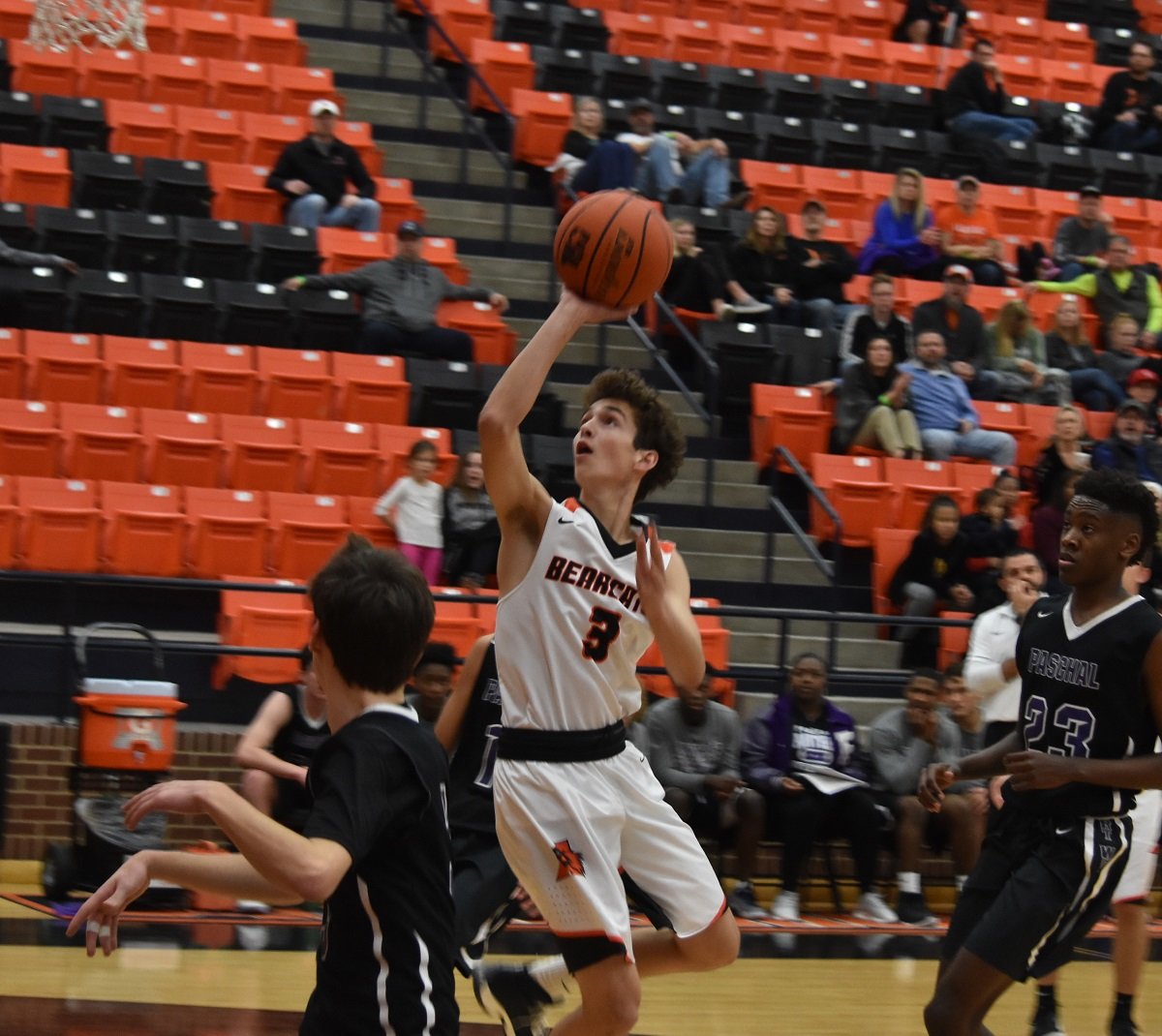 Aledo scored more points in the fourth quarter than it did in the first three periods combined but it was not enough as Paschal held off the Bearcats, 52-49, Thursday night in the second round of the Moritz Dealerships Holiday Classic at Aledo High School.

The Bearcats will play next at 10:30 a.m. Friday against Arlington High School at the Aledo High School practice gym.

With two minutes remaining in the game, Paschal held a 52-37 lead. But a layup by Austin Hawkins followed by a trey from Tre Owens cut the lead to 52-42. Paschal would turn the ball over on consecutive possessions, and Aledo made the Panthers pay.

Senior point guard Cameron Yates nailed a pair of free throws, and Smith scored on a put back to cut the Panthers' lead to 52-46 with 41 seconds left to play.

Also scoring were Hawkins with 12 points, Bell with nine, Owens with five, Noah Arrington with four, Yates with two and Truen Johnson with one.

Paschal led 8-7 after the first quarter and 24-15 a the half. Scoring 14 points while holding Aledo to nine in the third period, Paschal took a 38-24 lead into the fourth quarter.

Smith scored half of his points in Aledo's 25-point fourth quarter, but Paschal survived the Aledo comeback bid to advance to the tournament's semifinals.