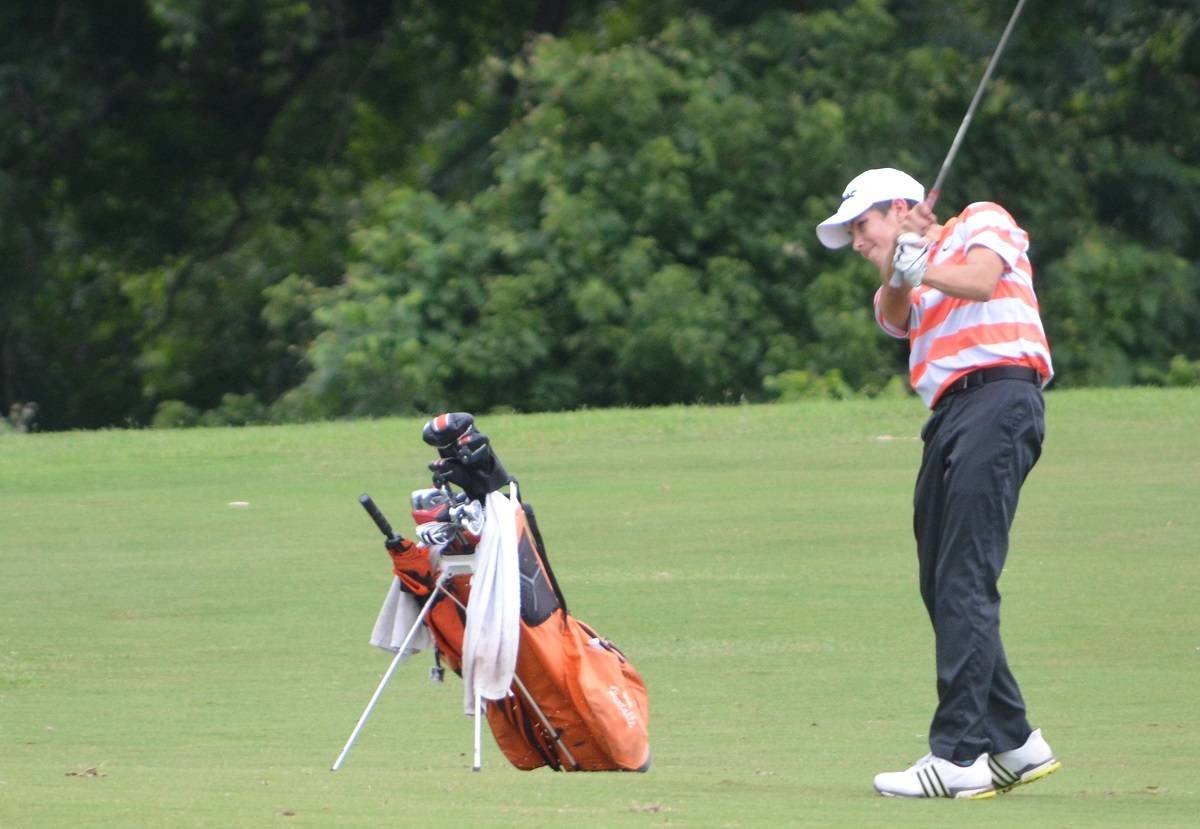 Aledo golfer Ben Huxtable, shown during the 5A boys state golf tournament this past May, won his flight this week at the Fort Worth Junior Golf Association Boys City Junior Golf Championship.
Posted Tuesday, July 25, 2017 3:50 pm

Huxtable shot an 87 in the first round but rebounded to card a pair of 75s in the following two rounds. He shot a 38 in the nine-hole fourth round to capture his flight.