Arlington Oakridge holds off Bearcats, 42-41, in opening round of Moritz Holiday Classic 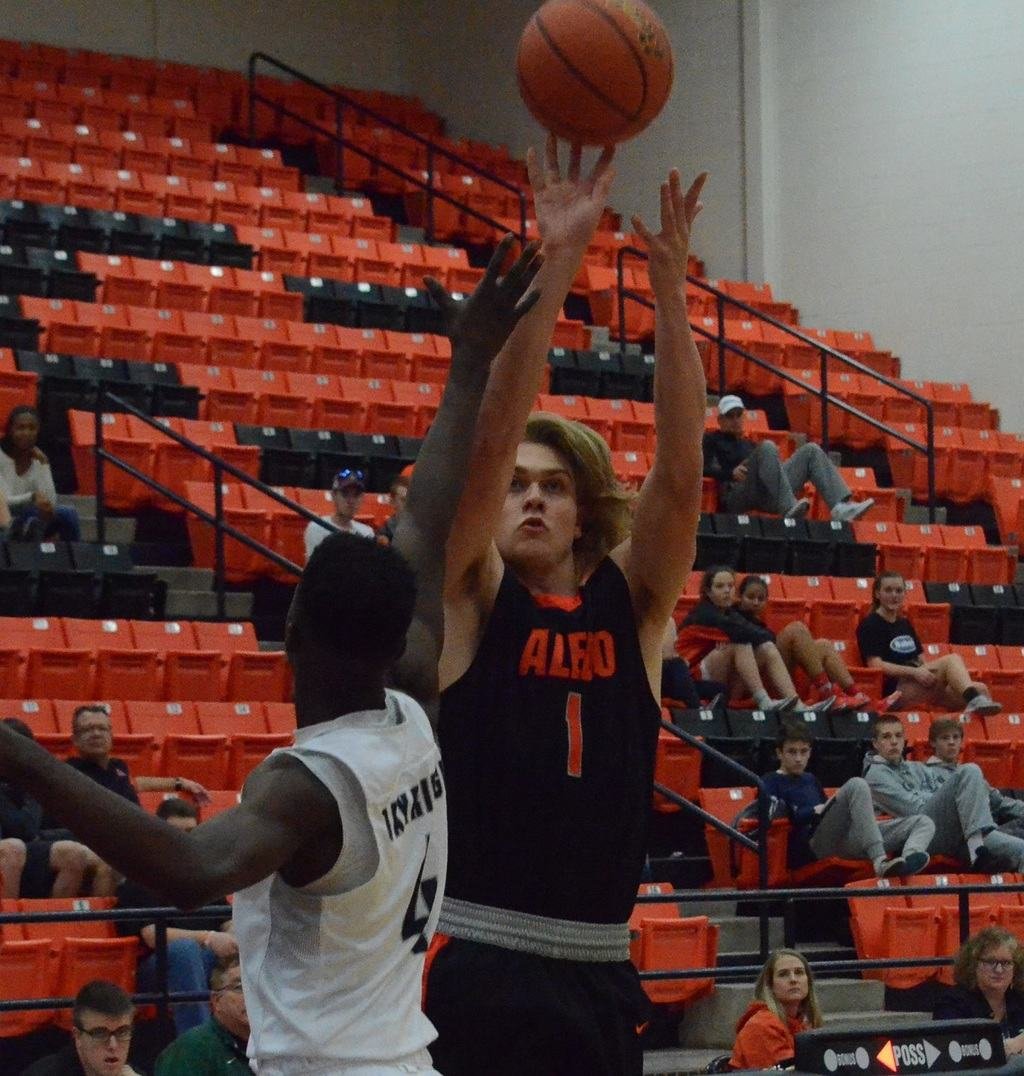 Arlington Oakridge held off a late Aledo scoring opportunity to take a 42-41 win over the Bearcats Tuesday afternoon in the opening round of the Moritz Dealerships Holiday Classic at the Aledo High School gym.

The Bearcats will play next at 7:30 p.m. today in the practice gym against the loser of the Terrell/McKinney game.

Oakridge took a 38-35 lead halfway through the fourth quarter before junior forward Noah Arrington swished a three-point bucket from the left perimeter to knot the score at 38. Oakridge regained the lead, 39-38, by sinking one of two free throws with 4:02 remaining in the fourth period.

Caldwell, who sparked the Bearcats with 10 third-quarter points, took over. Taking a pass from Arrington, Caldwell found a sliver of daylight in the lane, drove hard to the hoop, slammed down a dunk and was fouled. He buried the charity shot, and with 3:40 left to play his three-point play gave Aledo a 41-39 lead.

For the next two minutes neither team scored, and with less than 15 seconds remaining the Bearcats set up a play with the last possession. Owens, closely guarded, got off a jumper from the right baseline. But the shot was short and bounced off the rim where Caldwell got his hands on the ball. But with bodies colliding in the paint Caldwell was hit hard and the ball popped loose. However, no foul was called and the buzzer sounded giving Oakridge a one-point win.

Also scoring for Aledo were Cameron Yates with four points, Arrington with three, and Bryce Lancarte and Leo Bell, each with two.

Owens was hot hit in the first half. He scored on three driving layups in the opening period as the Bearcats led 12-10 after eight minutes. In the second quarter, Owens added a coast-to-coast, driving layup after a rebound, and later in the quarter nailed a trey from the right baseline.

The third quarter was all Caldwell. He began the third-period scoring with a driving layup and later scored on a put back after grabbing an offensive rebound. Caldwell showed a little finesse' on his next bucket, lunging into the lane and scoring on a baby hook shot. Caldwell scored again on a put back, and he hit his fifth field goal of the period later on a tip-in put back to give the 'Cats a 31-27 lead.

Cameron Yates ended the third-quarter scoring with a driving layup down the left side to give the Bearcats a 33-29 lead as the game moved to the fourth quarter.