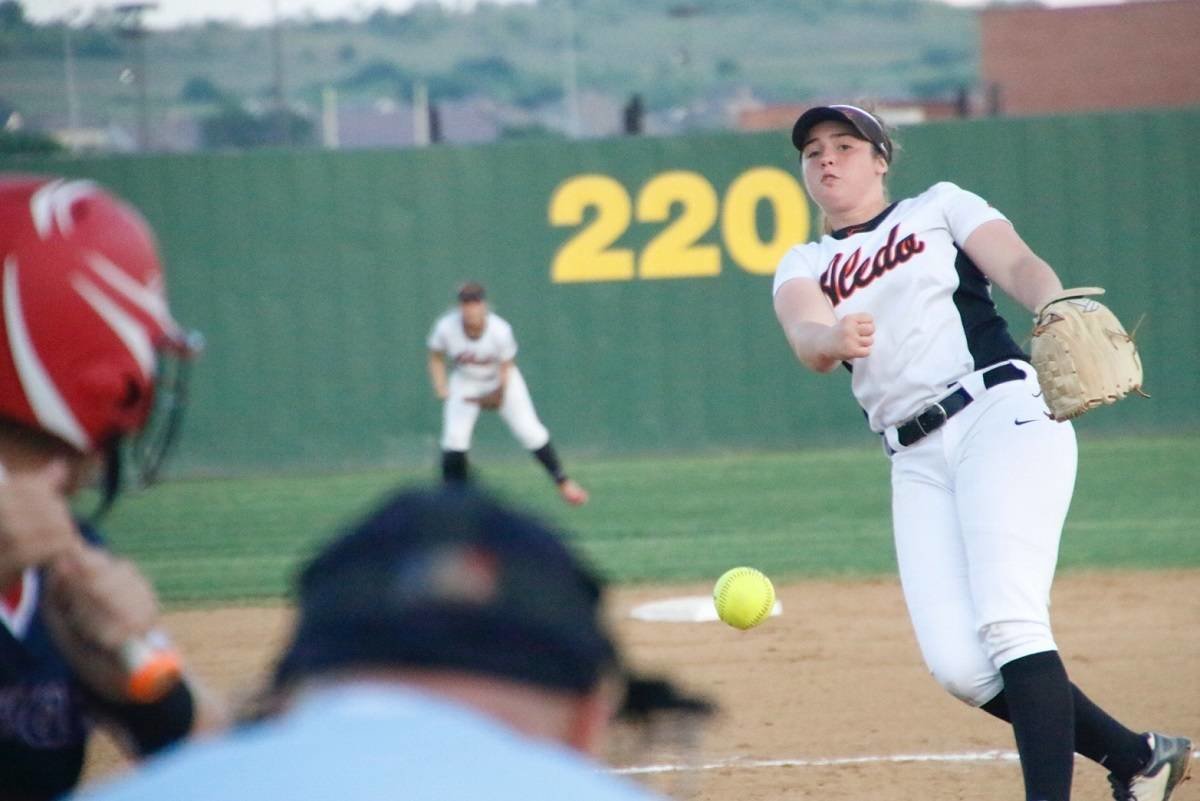 Aledo senior pitcher Hannah Andrews threw a three-hit shutout to lead the Ladycats to a 2-0 victory over Northwest in a District 6-5A softball game Tuesday night at Aledo.

The win raises the Ladycats' district record to 8-5, while Northwest falls to 6-7.

Andrews, who struck out five in seven innings, walked two batters in the first inning but did not issue a free pass for the remainder of the contest.

Mykayla Stroud drove in Lindsey McElroy (who reached on a double) in the third inning for a 1-0 Ladycats' lead, and in the fifth, Stroud's deep fly ball to center field was misplayed by the Northwest outfielder as Stroud touched all the bases to increase the Ladycats' lead to 2-0.

Andrews shut down Northwest the rest of the way to seal the win.

The Ladycats will wrap up district play at 6:30 p.m. Friday at Boswell.

First-place Northwest scored two runs in the top of the seventh inning and used a double play to stop an Aledo rally in the bottom of the frame as the Texans outlasted the Bearcats, 6-5, Tuesday night in a District 6-5A baseball game at Aledo.

The loss drops the Bearcats to 6-5 in district play, while the Texans raise their league mark to 9-2.

Aledo had broken a 4-4 tie in the sixth inning when Nathen Fingar reached on an infield single and scored later on a wild pitch.

In the top of the seventh, Northwest recorded two singles, a sacrifice fly and took advantage of a wild pitch to score twice to take a 6-5 lead.

The Bearcats got their first two batters in the bottom of the seventh on base, but a pop out to the next batter gave Northwest its first out of the frame. Jacob Arizpe followed, and he hit a deep fly ball to right field. While running back toward the fence, Northwest's right fielder stumbled, and it appeared the Bearcats would score the two runs necessary to win the game.

But the ball was caught on the run and was quickly thrown to first base to double up an Aledo runner as the double play ended the game.

The Bearcats will continue district play at 7:30 p.m. Friday at Boswell.

Aledo senior pitcher Trevor Brosette follows through on a fast ball Tuesday night during the Bearcats' loss to Northwest.