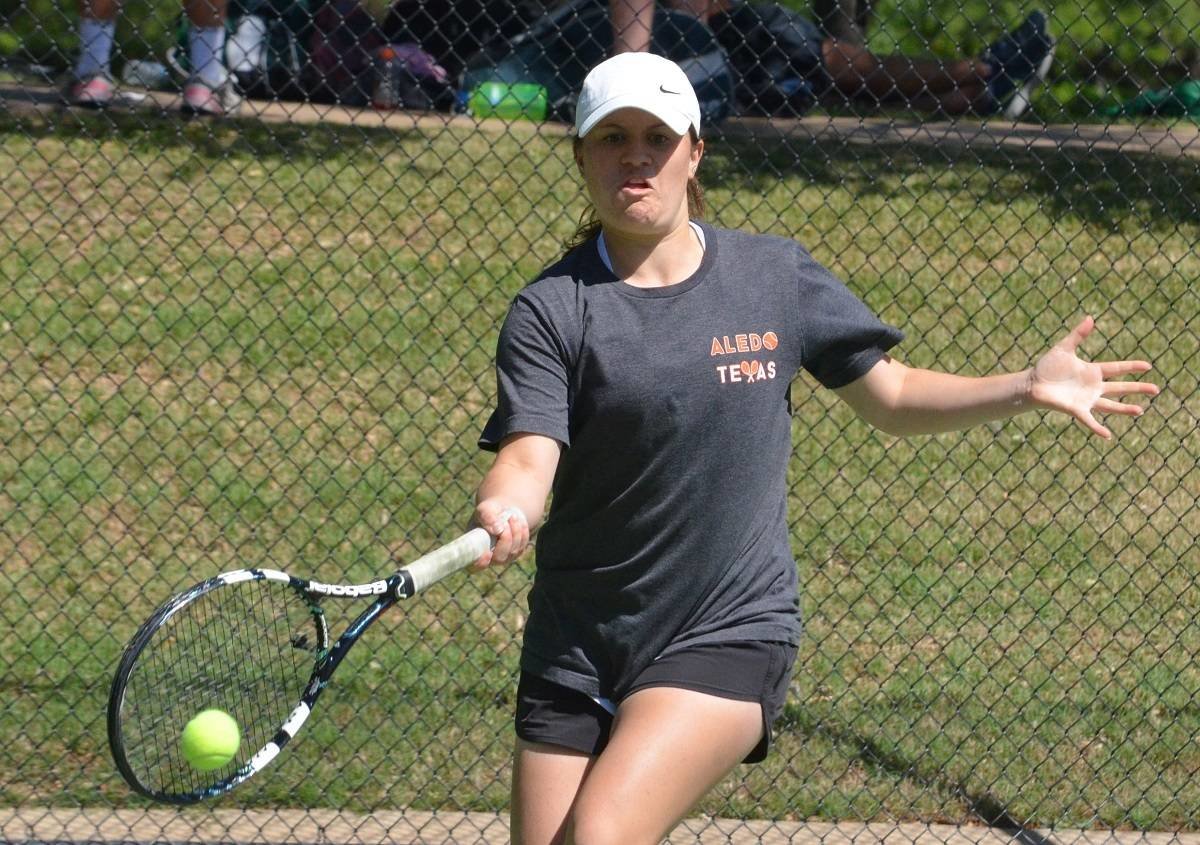 Aledo senior Nikki Adamie returns a serve during mixed doubles Monday morning during the District 6-5A tennis tournament at TCU. Adamie and her playing partner, Alec Meendsen, won twice on Monday and will play in the championship match Tuesday at TCU. Photos by Tony Eierdam
Posted Monday, April 3, 2017 6:11 pm

The finals will begin at 9 a.m. Tuesday at the TCU tennis courts.

It will be an all-Aledo boys' doubles final as the parings of Miles Grubbs/Lance McClure will face Ben Colvin/James Young. Also, boys singles player Jared Kelm reached the finals.

Other Aledo players could reach the finals in other events if "play back" matches are warranted on Tuesday.